The Surge is taking its hardcore FPS to the Park

Players have already been delving deep into The Surge's multifaceted adventure and this December, they will have a new expansion called - A Walk in the Park. The expansion "gives players a breath of fresh air by taking them to an environment that’s more open and colorful, though no less deadly." New players can also partake in the Complete Edition - which spans the entire Purge story, plus all of the new DLCs. The expansion will be arriving early December with the Complete Edition at the end of the year. 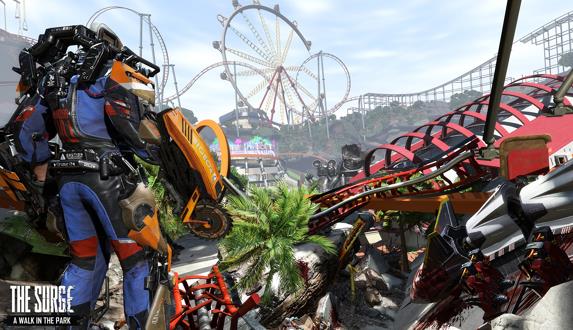