Felix "PewDiePie" Kjellberg went back at the racist rodeo this week, letting the n-word "slip" during a PlayerUnknown's Battlegrounds rant. Blizzard is opening up a 50,000-square-foot studio in Burbank, Calif., dedicated to delivering its live esports events year-round. And an experienced indie developer feels it's high time to make that narrative-heavy Animal Farm management game they've been thinking about making since the '90s.

Russell Archey, Staff Writer, @NeoScyther
First and foremost I'll be wrapping up my review of Necrosphere on Steam. It's pretty enjoyable despite only using two buttons throughout the entire game. Beyond that I might finally fire up Fate/Extella: The Umbral Star on the Switch, as I bought it around launch and have yet to have a chance to put any time into it.

Kinsey Danzis, Staff Writer, kdanzis@gamingnexus.com
I haven't had time to begin a really intense or in-depth gaming experience lately, so instead I found a game to play with my partner to pass the time: Human Fall Flat. It's inexplicably fun, and half of the fun comes from how bad we both are at it. It's a puzzle game a la Gang Beasts that can be played either single player or with a friend, and it's extremely nice to just have something to play while I unwind—little emotional involvement necessary.

Dave Gamble, Staff Writer, dgamble@gamingnexus.com
Formula 1 racing had their annual race at Monza, a classically historic venue in Italy. As it does every year, watching the race prompted me to get out my copy of the movie Grand Prix starring Mr. James Garner. In turn, watching the movie drove me (so to speak) right back into the willing embrace of my favorite couple: iRacing and Project CARS. Both have excellent renderings of the Lotus 49, a car only one year newer than those "performing" in the film yet equally difficult to drive, much less drive quickly.

In the VR world, I discovered a nice little free-to-try called Pro Fishing Challenge VR. If there is anything on this planet that better suits a sit-down session in the Rift, I don't know what it is. I have a nice little jon boat with a retro-style outboard engine that looks just like a circa 1950 Evinrude. Fortunately I enjoy driving the boat more than I do fishing as I have to date accomplished nothing more than catching three two-pound Bluegills, thus matching my lifetime record in the real world.

Charles Husemann, Editor-in-Chief, @chusemann
I wrapped up Destiny 2's campaign this week, so this weekend I am going to be doing strikes, adventures, and challenges to up my light so I can do the raid at some point in the future. Outside of that I am also hoping to get back to Gorn as a recent cold has limited my physical activity and Gorn is a great stress-release game.

Randy Kalista, Staff Writer, rkalista@gamingnexus.com
When I downloaded it onto my phone, I knew the thing was called The Arcana. What I'd missed was that its full title is The Arcana – A Story of Mystery and Romance. So here I am, clicking through an effeminate, adjective-heavy visual novel, which is not my usual, but nice (I'm only squirming when using the word "effeminate" to describe literature because I've lived on a steady diet of Hemingway, Steinbeck, and McCormack for entirely too long). I don't know how long I'll be able to take narrative branches that say either, "Help" or "Start Drama," but the artwork is too delicious for me to ignore.

And yeah, Destiny 2. I mean, speaking of delicious artwork. Speaking of drama—and comedy. Not to mention world-building and progression and loot drops and cohesive narration and gunplay. In conversation, it seems boring that Destiny 2 would already be in the running for my Favorite Game of the Year, but it would be dishonest to say otherwise. It's just one of those games that I can't stop thinking about even when I'm not playing it. Hit 20 yesterday. Now to get Raid ready.

Rob Larkin, Staff Writer, @Rob_GN
Destiny 2 for me. Going to get my Raid on for sure and trying to keep from spoilers to go in blind. Problem is I'm not sure I can find an unspoiled fire team of others willing to go in blind as well. Also I need to give myself a haircut. So that's happening.

Nicholas Leon, Staff Writer, nleon@gamingnexus.com
I beat NieR Automata last weekend, and have embarked on a new game plus. The funny thing is, I keep dying and getting newer, badder endings. It's kinda sad. I'll try my hand once more, and if it doesn't work out, I'll go back to Persona 5.

Kevin O’Connell, Staff Writer, koconnell@gamingnexus.com
I am still playing Killing Floor 2—as i  have not gotten a good enough reason to not play it! Still loads of fun, tons of action, and enough blood for all. I have purchased Bulletstorm for a reasonable price and have played a bunch there, too. Cannot say I am very impressed with the remaster of the game. I'm just glad I didn't pay $69.99 for it on day one—it isn't really worth $20. They should have either done more to improve the game or priced it lower. I am also finishing up the Career of Forza 6 for the almost third time. The game is just beautiful and the cars are fantastic. My hope is that Forza 7 makes it easier to use the cars you prefer instead of making you ho-hum around the track in something boring or worse.

John Yan, Senior Hardware Editor, @TheJohnYan
This weekend, I'll probably be finalizing my playthrough of Gorn. I've been meaning to get back since there was a bunch of updates that got pushed out to add some really cool features to the game. As always, a few sessions of 7 Days to Die will be in order. Got to keep improving on the base and fighting off zombie hordes. 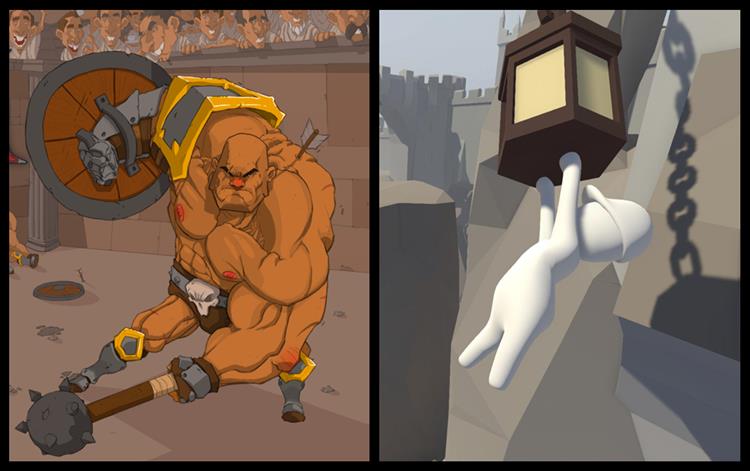