Nintendo Download for 9/15/2017: The last metroid isn't quite in captivity yet

This week's major release for Nintendo Download has us going back to the planet SR388 in Metroid: Samus Returns for the Nintendo 3DS. I just recently picked up the game myself but haven't had a chance to start it up yet, but I've always enjoyed the 2D Metroid games from the original through Fusion and Zero Mission, so an offcial re-imagined version of Metroid II: Return of Samus (not knocking AM2R as it was enjoyable as well) really has me wanting to dig into it. Even more so if it has a map system ala Super Metroid because let's face it: who didn't get lost navigating SR388 in the Game Boy version?

Next up we have Minecraft: New Nintendo 3DS Edition which gives players another portable option for playing Minecraft on the go. The game comes with Survival and Creative modes, five skin packs, and two texture packs. However, at this time it's only available digitally while a retali version will launch at a later date.

Finally over on the Nintendo Switch we have NBA 2K18 for the Nintendo Switch, but again only digitally as the retail version will hit stores on October 17th. This year's edition will allow players to test their skills against their friends or RUN THE NEIGHBORHOOD with their MyPLAYER on the Road to 99. 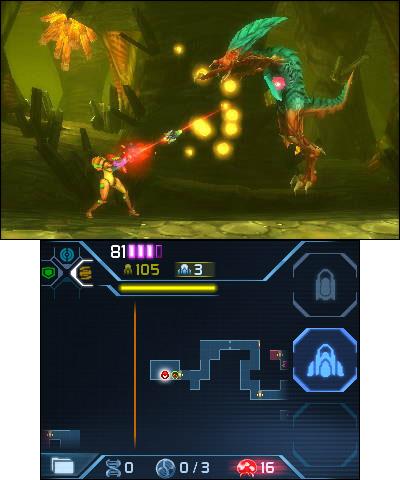 The Metroid: Samus Returns game will be available on Sept. 15. (Photo: Business Wire)