Nintendo Download for 9/7/2017: A different type of Monster Hunter

My apologies for being a bit late on this week's Nintendo Download, though as big as this previous week's release was I'd assume that a lot of people already knew about it. This past Friday saw the release of Monster Hunter Stories on the Nintendo 3DS but this isn't quite the Monster Hunter you know. Okay, it kind of is but it's no longer about just running up to monsters, trying to take them down, and backing off every few seconds to chug potions and herbs if you're like me. Monster Hunter Stories takes the form of a more traditional turn-based RPG while still retaining elements from the main series.  I recently did a review of the game (because after being kind of bad at Monster Hunter Generations I needed some redemption) and personally I enjoyed it. Instead of just hunting monsters you can actually befriend them and ride them into battle with you. If you don't mind the shift in play-style, Monster Hunter Stories is a pretty enjoyable game, if not a tad easy at times, especially in the early going.

Also new this week are several games on the Nintendo Switch eShop including The Bridge, ACA NeoGeo Blue's Journey, NeuroVoider, and one I've been wanting to check out for a while now, Double Dragon 4. In addition, Crystareino was released on the 3DS eShop and China Warrior and Detana Twin Bee on the Wii U's Virtual Console.  Basically last week had a little of something for everyone. 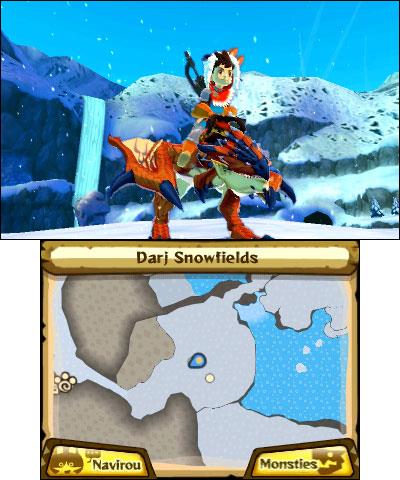 The Monster Hunter Stories game will be available on Sept. 8. A demo version of the game is available for download now in Nintendo eShop. (Graphic: Business Wire)

The Monster Hunter Stories game will be available on Sept. 8. A demo version of the game is available for download now in Nintendo eShop. (Graphic: Business Wire)