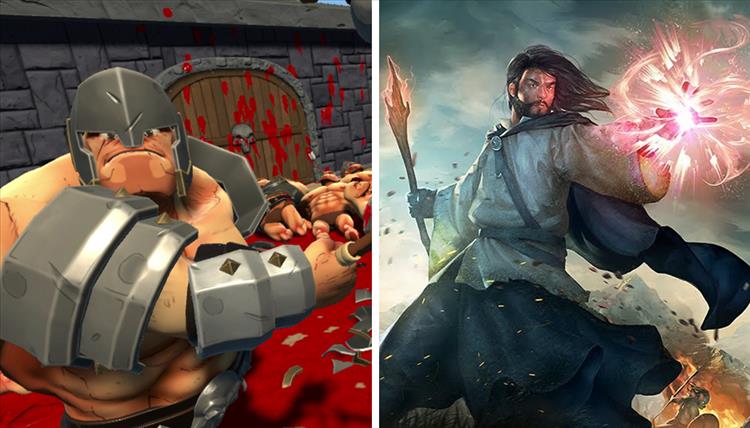 Destiny 2 gets an official coloring book, illustrated by a Destiny t-shirt design contest winner. Microsoft Mixer, a direct competitor to YouTube Gaming and Amazon's Twitch, is experiencing "crazy awesome growth." And it's a sad, sad day for all, since the original Flappy Bird won't be compatible on iOS 11.

Sean Colleli, Staff Writer, @scolleli
I can't believe I'm saying this, but I might actually join Randy in the Shame Corner and boot up No Man's Sky again to check out the update that drops later this week. The last update was months ago and added dune buggies or somesuch, which didn't really interest me, so I passed. The new one, however, is promising fast travel portals and an expanded story, two things which could really improve the game.

No Man's Sky's biggest issue is the sheer tedium and grind it requires, hours of wasted time farming space bucks and flying aimlessly waiting for random drops and events. Fast travel could cut down on that, if it's implemented well, which is a long shot because nothing is implemented well in No Man's Sky. I also felt that the thing it's been missing most sorely (besides multiplayer, cough cough) is an overall point to the experience, a real whiz-bang '60s sci-fi narrative to drive the exploration. You know, a real "My God, it's full of stars" moment to drive that Arthur C. Clarke wonder home. No Man's Sky always strives for that, but always falls short, which I think is the most frustrating thing about the game. Despite my better judgement, I can't help but root for it. Of course, I'll be keeping my expectations appropriately low. I didn't shell out for a Reminder Box, but I have Randy to keep me grounded.

Chapel Collins, Staff Writer, @ChapelCollins
My girlfriend left her Switch at my house, so I've been finally getting some alone time with Breath of the Wild. I must say, unfortunately, I think that it was incredibly overhyped. When I was reading proclamations of "the best game ever made" leading up to its release, I was surprised but excited, because Ocarina, pedestrian as I may be, is still my favorite game ever. Breath of the Wild, I feel, is quite lacking in several aspects. It's a huge world, but it's mostly empty. I've only done perhaps 40 of the 100+ shrines and I'm already tired of them. The divine beasts, while a clever idea, are a huge step down from traditional Zelda dungeons. Combat is great, but I think having to manage weapons that break so quickly detracts a little from it. I really respect the game for taking so many chances, but I feel like it is also very overrated. Still a wonderful game, to be sure, but a far cry from the best game ever made.

Dan Colonna, Staff Writer, dcolonna@gamingnexus.com
Lately, I've been thinking about playing The Long Dark. After playing the game in early access a few months ago, I'm interested in seeing how the mechanics have changed to accommodate a story mode. Perhaps it will be the subject of a write-up in the near future. Otherwise, my on-the-go game has been Pokémon Ranger. I may have mentioned this before, but I'm on a personal quest to catch a rare and Legendary Pokémon: Manaphy. Unfortunately, that means I need to play a DS title with some atrocious stylus gameplay. Gotta catch'em...all?

Kinsey Danzis, Staff Writer, kdanzis@gamingnexus.com
In between finally starting my new job and various other shenanigans, I don't have a lot of time for gaming, but what I do have will probably be devoted mostly to Overwatch. The 2017 Summer Games carry some extra allure for me as a Mercy main; I'm not sure what the games will offer in terms of legendaries, but hopefully what the devs promised will hold up. That, and I'm interested to see how the adjustments to Lucioball work out.

Dave Gamble, Staff Writer, dgamble@gamingnexus.com
The Rift arrived. I was ready for the lower resolution, but the screen door effect caught me by surprise. Still, the immersion is worth it. I had high hopes for DCS World, but it is the only one that suffers too greatly from the demands of the rift—the frame rate is deplorable.

On the other hand, Project CARS is amazing. It's so immersive that I was flipping off other drivers that bumped into me, something not uncommon in that title. The ability to see the apex in the turns is extremely helpful. I can't wait for Project CARS 2.

The biggest OMG moment, however, goes to Aerofly FS 2. Sitting in the cockpit of an F-15...I don't have the words. When my next review is late, you already know why.

Charles Husemann, Editor-in-Chief, @chusemann
This weekend I'm going to continue exploring Fortnite to see how things open up once you get past the tutorial. I'm digging some of the beats that Epic is putting down, but I still feel like I'm trapped in tutorial hell. I'm still waiting for the game to take the guard rails off and let me truly play.

Outside of that, I'm going to continue getting my Spartacus on with Gorn and trying out some giant robot fun with ArchAngel.

Randy Kalista, Staff Writer, rkalista@gamingnexus.com
I'm firing up OG Destiny to gear up for Destiny 2's launch in one month. I know, I know, you can't take it with you. But I've never topped off any particular class—and my warlock is in the lead, currently—so it's time to see what 40 levels and 400 light looks like. I'm currently stuck in my early 30s, and finally engaging in some PvP might be what gets me through.

Citadel: Forged With Fire is my other time sink. I've got my pointy hat, my flying broomstick, and an insatiable appetite for building wizard towers, so I think I've come to the right place.

And it's the one-year anniversary of No Man's Sky this week. I never think about this game anymore. So, maybe it might be worth a few hours of fun to go back in, write a mental post-mortem on it, and get some closure on the game that took up so much of the gaming community's mindshare only 12 short months ago. Feels like it's been a lifetime, though, hasn't it?

Nicholas Leon, Staff Writer, nleon@gamingnexus.com
So, I beat Horizon Zero Dawn, and immediately started a new game plus playthrough. The experience was awesome. That's all I can say.

But this weekend, I'll be doing my best to complete Mr. Shifty, a game I got for the Steam summer sale. It's like an action movie, it's so great. Honestly, if I had my way, someone would reproduce this as a AAA title, working off games like Max Payne 3 or movies like John Wick.