Sul sul! The Sims 4 on consoles this November

The Sims 4 [GN score: 8.8 out of 10] is coming to PlayStation 4 and Xbox One on November 17. Now, I'm the type of socially responsible and mortgage-paying adult that thinks he's totally over The Sims. Like, who needs that kind of game in their life except [insert wildly false platitude about middle aged mom gamers or what-have-you].

The truth is, I still love The Sims. In fact, one of my favorite games of the past year has been RimWorld. RimWorld is more often described as "Accessible Dwarf Fortress," but that's not how I play RimWorld. It's all well and good that I can adjust the air conditioning in each and every room and build double-wide sandbags around my solar panels, but I come to RimWorld for The Sims-like drama. Yes, Colonist Randy, please bring the crash landed resources back to base—but how are you feeling, little buddy, considering the fact that Colonist Scarlett Johansson totally shot down your marriage proposal even though you've been sleeping together for several months and she considers you her lover but she completely nixed your idea of wedding bells? Like I said, RimWorld Randy, what's got you down?

So, maybe I'm not over that kind of drama, the kind of drama that's inherent to The Sims gameplay. Suffice it to say, maybe I'm looking forward to The Sims 4 reaching more platforms. Sure, it's difficult for me to buy in, nowadays, when I know that the initial $50 buy-in is only the start, and that there are three expansions, five Game packs, and 11 Stuff packs to release before EA even begins thinking about developing The Sims 5.

Yet here I am, mouse hovering over the send button in Gmail, debating on whether to send a request for review code to my editor-in-chief. 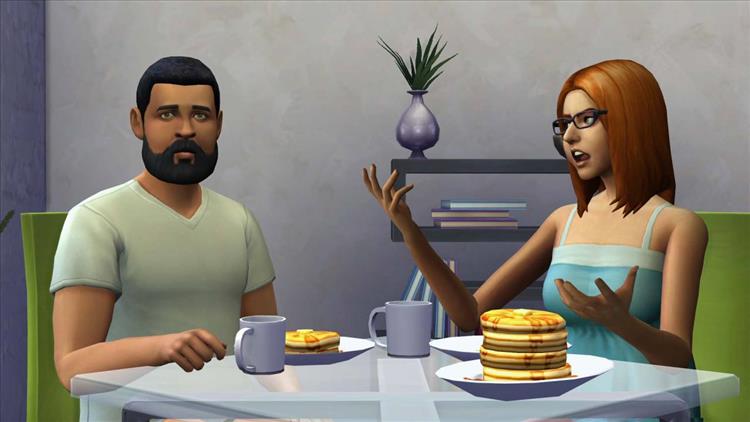