The upcoming Ataribox is beautiful and will play both old and new games. The new Nine Inch Nails video features the 8-bit hyper velocity neon trancespace of Polybius. And Loaded is a new AMC dramedy about a group of overnight millionaire game developers—who find out that the real work begins now.

Patrick Aloia, Staff Writer, @PatchesAloha
I got a Switch, my friends. So it's all Breath of the Wild, all the time, unless I'm playing Mario Kart 8. It's all so wonderful. I love the Switch as a piece of hardware, just as a machine designed for gaming. And Breath of the Wild really is so wonderful. I have been trying to describe what makes its open world pacing and loop so enticing, and I've been having trouble. I'll have to really think more about it first. But it's a really wonderful game, and the Switch is definitely one of my better splurges in the last few months.

Sean Colleli, Staff Writer, @scolleli
I think the best way I can put Breath of the Wild's special sauce into words is that it feels very organic. Cahill is right in that it's a game that is heavily reliant on emergent experiences, but whereas this was a disappointment to him, I loved it. The enemy AI is incredibly adaptive and clever. The physics can turn a stupid mistake into a deadly one in seconds, forcing you to learn the natural laws of the game world almost as if you were a hunter-gatherer. Weather is incredibly important, and what's more, it's realized in a way that feels real. Yes, there is too much inconvenient rain, but if you get far enough away from it, you can see that the rain is coming from actual storm clouds.

BotW feels like a real place with natural laws, and very few things break that illusion. It also has enough meat on those emergent systems to make it a compelling quest and narrative, and its systems hardly ever break down. I was worried that BotW would feel like a retread, because it does so many things that other open world games have already done. While that's true, the old Nintendo polish really brings those open world systems to a new paradigm. BotW does it better than most other open world games, to the point that Hyrule feels like a real place you could visit. So that's just my two cents on why I think BotW succeeds as well as it does.

Dave Gamble, Staff Writer, dgamble@gamingnexus.com
Having just finished a few days of playing a game-not-yet-to-be-named that was something of an intro to kingdom building, it might be time to try my hand at Sid Meier's Civilization V, an impulse buy from the Steam Summer Sale. Even with the practice I got with a simpler game, I anticipate a lengthy and steep learning curve.

Although I waited too long to get one before they went on back order, I finally talked myself into ordering the $399 Oculus Rift and Touch control before the pending $100 increase to the new normal cost. The delay in deciding came from trying to convince a Craigslist seller that he is never going to see the $500 he's asking for. He couldn't see the fallacy of his intransigence, so off to Amazon to get a brand new one.

Charles Husemann, Editor-in-Chief, @chusemann
My gaming plans are largely to spend the weekend getting destroyed by other players in the Destiny 2 beta. I'm interested to see what changes they made since the reveal a few months ago, and it will be fun to see what quirks show up with a much larger audience playing the game.

Randy Kalista, Staff Writer, rkalista@gamingnexus.com
I'm glad there isn't a genre called Bathroom Gaming, but that's exactly where I get my mobile itch scratched. Lately I've been taking the interactive fiction of Voyageur with me to the toilet. I captain a ship heading right for the center of the galaxy, meeting and greeting alien races along the way, evading or ejecting my cargo when pirates corner me, and taking in the procedural journey like I'm skipping around in a social studies lite textbook.

On my review docket is Serial Cleaner. I'm a 1970's 2D Winston Wolf from Pulp Fiction, wielding black body bags and a vacuum cleaner. I'm the guy they call when the Mafia needs a cleanup and the police are already on the scene. I love the modernist cartoon art style, but it can also make architectural details weirdly vague—and those details are important when stealth is your only weapon.

I also reinstalled XCOM 2, prepping myself for next month's War of the Chosen expansion. I customized a dozen Gaming Nexus staffers into my squad makeup. Hopefully I can keep up with xeno tech rat race this time, so all our writers aren't bringing knives to a phase-cannon fight.

Rob Larkin, Staff Writer, @Rob_GN
Things are pretty crazy here and my family is still adjusting to the new normal after our latest "significant life event" (as my workplace insurance would call it). As a result, I've only turned my PS4 on twice in the last two weeks, and both times was just to load up the BBC iPlayer app. However, reinforcements in the form of the in-laws are incoming and that should free up enough of my schedule to at least get into the Destiny 2 beta. If there is any more time, I've still got about four or five trophies to go to platinum in Fallout 4. It'd be nice to close up shop on that one to free myself for a survival mode run unencumbered by the weight of niggling trophy hunting.

Nicholas Leon, Staff Writer, nleon@gamingnexus.com
So, ya boy has this little game called Horizon Zero Dawn. Yes, I know I'm late to the game on this one, but I only just recently got my PS4, and I'm trying to only buy the games that are known to be the absolute best. Call me a snob, I'm fine with that. Anyways, I'm not even past the prologue yet, but I love the movement, the stealth, and how animalistic the robots are. The lore and world-building are really great, too; it's very Planet of the Apes. I also have been playing a couple of the games I bought on the Steam Summer Sale: Mr. Shifty and Zombie Night Terror. Both are great little games, and I can't wait to beat them. 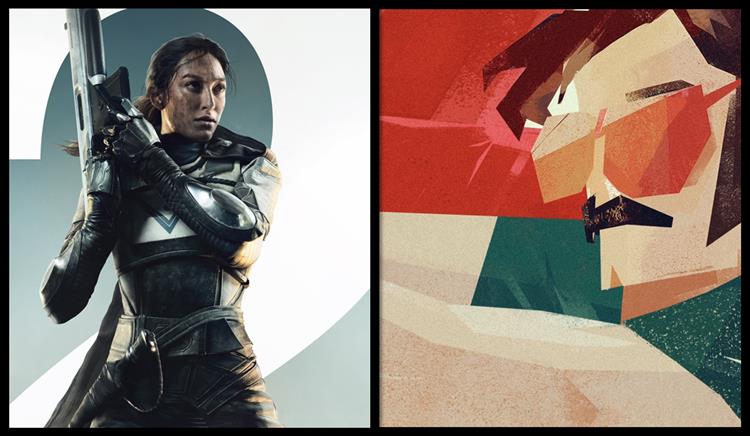