Nintendo Download for 7/6/2017: Kirby blasts and Rabbids rave...or something

It's been a while since I've come up with a witty Nintendo Download title so I'm a bit out of practice. Anyway, this week's Nintendo Download features Kirby and the Rabbids.  First off, Kirby enters the third dimension on the 3DS...again...but differently this time. In Kirby's Blowout Blast you'll inhale enemies and blow them away in an interesting 3D perspective. Looking at the screen shot it looks interesting, but I'm also a sucker for a good Kirby game so this might be one to check out.

Over on the Wii U side of things we have Rayman Raving Rabbids hitting the Virtual Console. Rayman Raving Rabbids is essentially a collection of seventy-five mini-games that originally came out back in 2006 on the Wii, PS2, and PC, while the Xbox 360 version came out in early 2007. I've seen friends play it on the Wii and it looks pretty entertaining, so if goofy mini-games are your thing, you'll likely get a kick out of this one.

Check out the official press release for more info including updates for Fire Emblem Heroes and current deals in the eShops. 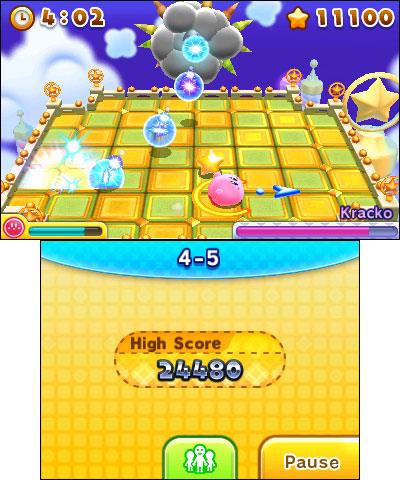 Kirby is ready for action in a whole different dimension - the third dimension! (Photo: Business Wire)