E3 2017 was in full effect this past week, making it the Happiest Time of the Year for new video game announcements. The first computer war game showed up in 1948; today, the Pentagon is again looking to video games about the future of war. And if you bought Activision Blizzard stocks 12 months ago, you'd be up a staggering 60% today.

Kinsey Danzis, Staff Writer, kdanzis@gamingnexus.com
A severe lack of money has prompted me to make do with what I have for the time being—and yes, surprise surprise, that means Overwatch. I just got my golden staff for Mercy and bumped myself up to level 349 during the Double XP Weekend, so that's an achievement crossed out. At this point, I'm hoping that it can distract me from buying other games, or committing myself to buying other games in the wake of E3. I'm currently debating if I should spring for RiME and hoping it can fill the void left by my inability to ever play Journey.

Dave Gamble, Staff Writer, dgamble@gamingnexus.com
I recently rediscovered Arma 3, or to be more precise, the Exile mod for that platform. Life alone on a big island where I could build my own compound, replete with scavenged weaponry and whatnot, come and go as I please. What could go wrong? What a relaxing change it would be from regular Arma, where my lifespan is typically measured as feet-from-spawn-point, with the average being around six.  It was a crazy plan, maybe even crazy enough to work. And it might have, had I taken the time to learn the difference between PvP and PvE servers. So, yeah. It's the Arma I remembered.

I'm having much more success with the Early Access of Dovetail's Flight Sim World. It's like getting back into Microsoft Flight Simulator X, but without the need to go out and buy global scenery upgrades and payware airplanes. I've found something to like in all of the stock airplanes, but I'm most drawn to the 180hp Piper Cherokee. I would like more granular control over the weather, but there are a couple of canned weather themes that include the rain and low visibility conditions needed for practice instrument flights. It's been fun finding little details the plane designers have put in. My first landing in the Cherokee was so bad that the sun visors came down when I slammed into the runway.

Charles Husemann, Editor-in-Chief, @chusemann
Not a lot of time for video games this weekend as I will be playing hockey for 24 hours on Friday and Saturday to raise money for Habitat for Humanity. This seemed like a much better idea when I signed up for it than it does now, but it's for a good cause.

Outside of that, I'm hoping to wrap up one play through of Everspace to finish my review. I got to the last level of the game but promptly had my lunch handed to me, so I'm going to give it another go now that I've upgraded my ship a bit.

Otherwise, all the new E3 game announcements are making me toss in some older titles. Like, the new Skull and Bones is making me play Assassin's Creed IV: Black Flag again. Emo punk Life Is Strange: Before the Storm will force me to finish the artful hipster Life Is Strange. And the Mario + Rabbids Kingdom Battle just made me reinstall XCOM 2.

Rob Larkin, Staff Writer, @Rob_GN
More wasteland for me as I continue to plow through the post-endgame of Fallout 4. Mostly just Trophy cleanup at this point, with an eye to start a new game on Survival difficulty in the very near future. Also PSN is running a sale and I'll probably pick up both The Witcher 3 DLC and Firewatch for around $20 total. The Witcher 3 is one of the finest games ever, but I've been waiting to catch that DLC on a price drop, and 50% off seems like the time to strike. And I've always maintained I'd play Firewatch someday, but not until I could grab it for sub-$10, so here's my chance.

Nicholas Leon, Staff Writer, nleon@gamingnexus.com
I don't think I'll have that much planned for this weekend as I'm coming back from L.A. on Saturday. Funny enough, though, I didn't realize that I hadn't brought my 3DS until I got to L.A. in the first place. Yay me. But I actually did get a chance to play Overwatch last weekend, and I got a few well-earned hits with Soldier 76. Otherwise, I'll just be playing more Uncharted. I've been having a good run with playing that roughly an hour at a time. Have fun in moderation, kiddos.

Matt Mirkovich, Staff Writer, @Stillmywords
Early access begins this weekend for Final Fantasy XIV's latest expansion, Stormblood. So I'll be checking that out. Beyond that, I'm still playing Akiba's Beat and should have it ready for review shortly. Once that's done, I hope to go back to Persona 5 to get that platinum trophy by maxing out all the confidants, though I'm going to need a guide for some of the finer details, it's kind of surprising Atlus didn't release a paperback guide this time around. I really liked the Double Jump guides for Persona 3 and Persona 4. 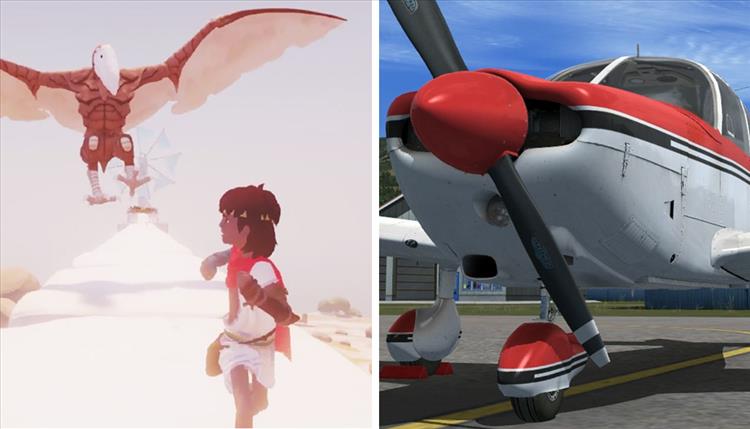