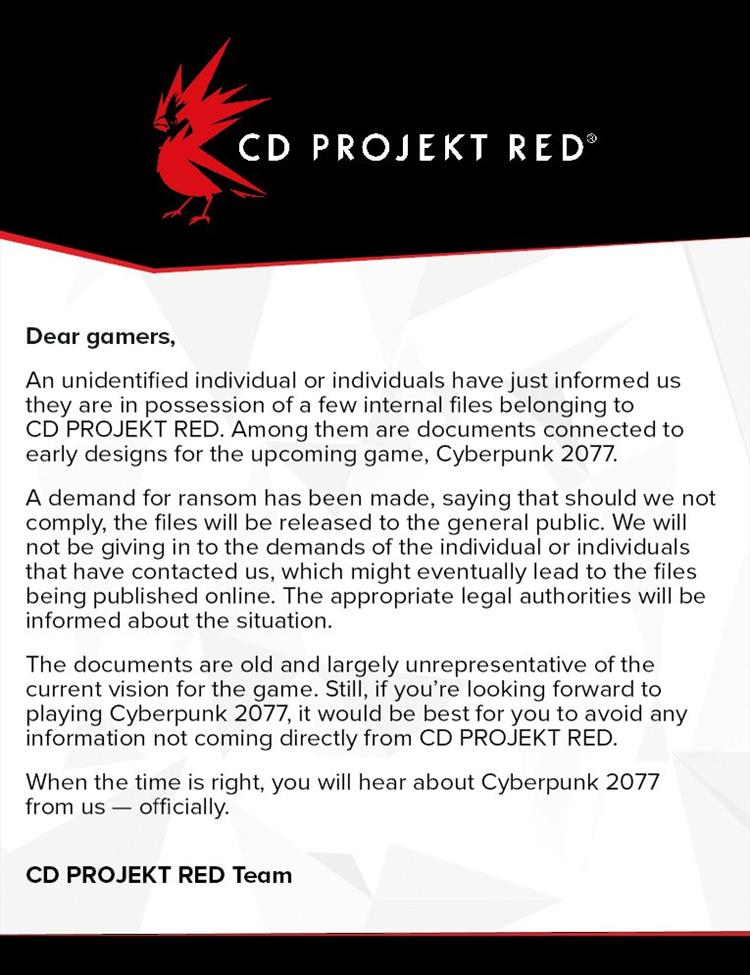 In a statement released on Twitter, The Witcher trilogy developer CD Projekt Red claim that files for their hotly anticipated sci-fi game Cyberpunk 2077 are being held for ransom by an "unidentified individual or individuals." The team says they will not give in to the demands, which "might eventually lead to the files being published online."

"The documents are old and largely unrepresentative of the current vision for the game. Still, if you're looking forward to playing Cyberpunk 2077, it would be best for you to avoid any information not coming directly from CD PROJEKT RED."

The game was previously announced in 2012 and had a teaser trailer released in 2013 that was pretty awesome. This is a huge bummer for everyone, especially the CD Projekt Red Team. Hoping this turns out well, somehow. Link to the full letter and tweet here.