Why are you so worried about authenticity when it comes to video games and rap music? Here are 34 games banned by the central Asian country of Uzbekistan—who knew that this was the only way we'd get both Fallout: New Vegas and 3D Sex Villa 2 on the same list? And The Verge revisits some old screenshots, finding it both humorous and disturbing that its in-game photo albums are jam packed with dead bodies everywhere.

Sean Colleli, Staff Writer, @scolleli
This weekend I'll be checking out the full version of Conarium, which I hope is a deep and nuanced horror game because the teeny tiny beta really whet my appetite. I might also call my brother for some retrogaming; I've got a Gauntlet Legends itch that really needs scratched.

Charles Husemann, Editor-in-Chief, @chusemann
This weekend I'm going to continue my exploits in Everspace. The game keeps surprising me with new content, even after 16 hours with it. Sure, some of the backgrounds repeat, but new enemies, missions, and other content keep showing up and making the game feel fresh.

I'm also thinking about dusting off my Vive and checking out Star Trek: Bridge Crew. I've never been a huge Trek fan, but this game looks great and commanding the bridge of the Enterprise seems cool.

Randy Kalista, Staff Writer, @randykalista
Having completed my review of The Long Journey Home—despite never actually surviving the trip back to Earth—I'm now heading for the equally hostile Jovian moon of Io in Offworld Trading Company: Jupiter's Forge. Offworld is a polished, confident strategy game, though I suspect it only wants to wreck my own self-confidence with this particular DLC.

With the recent announcement of Life Is Strange 2, I super have to go back and play the original. I like every bit of storytelling happening in the first episode, though I've never gotten past it. The Oregon Coast life, the teen angst, the rewinding of time in an adventure game; it all works. I just have to work through it.

But if all else fails, I rerolled a Skyrim character, playing something akin to what ol' Morrowind might've called a "Spellsword," back when The Elder Scrolls had character classes. Setting bandits on fire and then bringing my two-handed axe down on their neck is a great way to get through my day.

Nicholas Leon, Staff Writer, nleon@gamingnexus.com
So I just finished The Witcher 3: Blood and Wine a few nights ago, and I really don't know what to do with it. There are absolutely no more main quests to finish. I'm around level 80, have some of the best gear in the game, and got all the endings I could have wanted. But when I finished it, there was a different feeling to the game. I don't want to get too sentimental about it, but I've had this game for two years. I finished the last DLC almost a year to the day after it came out. I have a little over 220 hours put into the game. That's a whole lot of Witchering. And it's certainly something I won't forget. I stopped playing Dragon Age: Inquistion a few months ago, after I got a satisfying ending. I'll probably do the same for The Witcher 3 (cue tears). I think that this weekend, I might get back into the multiplayer shooters I've been missing out on, or maybe some Trials Fusion. That ought to be plenty of fun.

Kevin O’Connell, Staff Writer, koconnell@gamingnexus.com
Last week I started Battlefield 1. I have been experimenting with difficulty levels and trying to do the levels better than previous attempts. I also purchased Call of Duty: Infinite Warfare and will delve into it this week.

I am perusing through Xbox One's game pass and trying some of the different games during the free trial before deciding on whether to purchase it.

John Yan, Senior Hardware Editor, @TheJohnYan
I'm going to head back into flying in space with some time in Elite Dangerous. I took a break, but it's time I plug my HOTAS back into my computer and get to some trading.

I'll also probably fire up 7 Days to Die since I've done pretty well with my water base and new space elevator. I'm going to experiment to see if the Blood Moon Hordes can see me when I'm at the top of the game world. 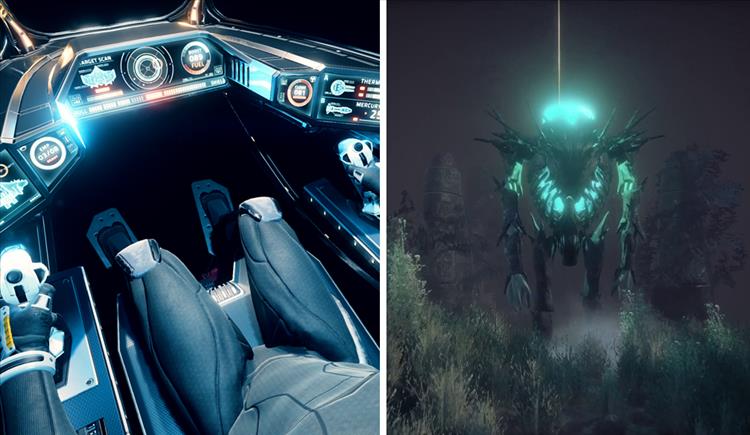