E3 2017: Nintendo to host tournaments for Splatoon 2 and ARMS at E3

Two of Nintendo's upcoming games for the Switch lend themselves pretty nicely to a tournament setting: Splatoon 2 and ARMS. While the games aren't quite released yet with ARMS coming on June 16th and Splatoon 2 next month, Nintendo will be hosting tournaments for both games this year at E3.

The 2017 Splatoon 2 World Inkling Invitational will take place on Tuesday, June 13th at approximately 2:30 p.m. PT and will feature sixteen competitors from four different global regions teaming up in four four-person teams. The four teams include "Deadbeat" from the United States, "Dynameu" from Japan, "Rising Moon" from Europe, and "Blue Ringed Octolings" from Australia/New Zealand. These four teams defeated their rivals in local tournaments within the recent months. At E3 the four teams will compete in a round-robin Turf War tournament that will determine seeding for the next round which will see them battle in the game's Ranked Battle modes in a best-of-five battle for the semifinals, and then a best-of-seven for the finals.

On Wednesday, June 14th at approximately 3:30 p.m. PT Nintendo will switch gears over to ARMS which will pit four expert competitive gamers from the fighting game community against E3 attendees who will qualify during the event. If you're attending E3 and want a chance to qualify, just head over to Nintendo's booth between 10 a.m. and 1 p.m. PT on June 14th. The top four competitors will then be selected to face off against the four pros.

Fans can check out the tournament action from home at http://e3.nintendo.com or by heading on over to Nintendo's YouTube and Twitch channels. 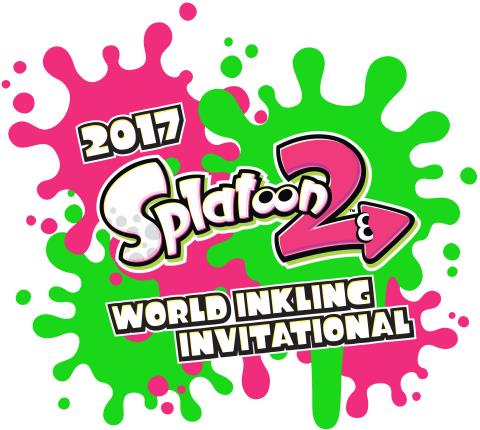 Fans Can Watch Online as Pros and Amateurs Compete

REDMOND, Wash.--(BUSINESS WIRE)-- Nintendo is bringing some incredible social, competitive tournaments to this year’s E3 video game trade show. Over the course of two days, fans around the world can watch online as both pros and amateurs compete for glory in the Splatoon 2 and ARMS games, which can only be experienced on the Nintendo Switch console. Fans can watch all the action at http://e3.nintendo.com, as well as on Nintendo’s YouTube and Twitch channels.

For the first time ever, competitors from four different global regions will compete for world dominance in Splatoon 2. (Graphic: Business Wire)

“Splatoon 2 and ARMS are games that lend themselves perfectly to tournaments, and E3 is an ideal venue to bring people together to compete,” said Doug Bowser, Nintendo of America’s Senior Vice President of Sales and Marketing. “These friendly tournaments will highlight the fun, competitive nature of these games and the Nintendo Switch hardware for people at home and on the show floor.”

For the first time ever, competitors from four different global regions will compete for world dominance in Splatoon 2. The four four-person teams – “Deadbeat” from the United States, “Dynameu” from Japan, “Rising Moon” from Europe and “Blue Ringed Octolings” from Australia/New Zealand – defeated their rivals in local tournaments that occurred in recent months.

The winning team of the live-streamed tournament will win global bragging rights and will have their names engraved on a sweet Splatoon 2 trophy. Announcers for the Splatoon 2 tournament will be avid Splatoon player, Nintendo fan, athlete and broadcaster Jordan Kent, Ashley Esqueda of CNET and the Nintendo Treehouse’s Eric Smith.

To help kids and squids get the most out of all the tournament action, prior to E3 Nintendo will release video content highlighting the tactics, strategies and storylines behind competitive Splatoon play.

This live-streamed ARMS competition will pit four expert competitive gamers from the fighting game community against E3 attendees who qualify during the event. E3 attendees can visit the Nintendo booth between 10 a.m. and 1 p.m. PT on Wednesday, June 14, for a chance to win a spot in the finals. The top four competitors will be selected to face off against four pro competitive gamers.

For more details about Nintendo’s tournaments at E3, visit http://e3.nintendo.com.