What We're Playing: The Long Journey Home to Destiny 2

Diablo III blew out five candles on its birthday cake this week. The New York Times takes a look at the $148 million—as well as the concerns—raised by Star Citizen. And Madden 18 cover star, Tom Brady, says he isn't afraid of the Madden curse.

Sean Colleli, Staff Writer, @scolleli
I'm feeling nostalgic so I'm going to replay Star Wars: Knights of the Old Republic, the best Star Wars story told since Timothy Zahn wrote the Thrawn Trilogy in the early '90s. That is, I'll be playing it if I can get the damned thing to run. My copy on GOG locks up as soon as I try to start a new game. Any suggestions from readers or the GN staff are greatly appreciated!

Dan Colonna, Staff Writer, dcolonna@gamingnexus.com
I made my way through most of Uncharted 4 when it came out, but suddenly stopped. At this point, my "no spoilers!" warranty is way expired. I know I'm close, so finishing Uncharted 4 is the only logical next step. "I will finally beat Uncharted 4." There, I said it. Now, I have to execute!

For my commute, I've been slowly working my way through Pokémon Omega Ruby, in order to gain access to some of the wonderful end-game legendary Pokémon. All in the name of catchin' 'em all!

Charles Husemann, Editor-in-Chief, @chusemann
The Destiny 2 reveal has gotten me back into the game a bit, so I'm planning to dive back in to wrap up some missions I missed, and maybe even check out the Crucible for a bit.

I'm also hoping to spend some quality time with Elite Dangerous in VR this weekend. I'm still struggling with the switch from a gamepad to a HOTAS, but hopefully more time will help that.

Randy Kalista, Staff Writer, @randykalista
My seven-year-old has been (politely) begging for Everything for a month now. I'd ignore her if I weren't so interested in the game myself. She'll play it for the tumbling animals. I'll play it for the British philosophizing. Together, we just might turn it into the most unlikely hot-seat be-anything game experience of the year.

A year ago I reviewed Offworld Trading Company. I dug the noncombative—though fiscally violent—strategic gameplay, along with the smart, charming sense of humor. Strangely, I just never found my way back to that financially brutal martian landscape. Now I'm returning with the upcoming Jupiter's Forge DLC. Since Offworld Trading Co. doesn't play like any other real-time strategy game in my library, I'm going through the perfectly sculpted tutorials one more time. The spreadsheets are made up of all dollars and cents, but the character written into the factions is good, good stuff.

Followed by The Long Journey Home. Talk about types of games I haven't seen before. This one has you assemble a crew, select a ship, attach a lunar rover, then set off on man's first FTL jump to another star. Oh whoops, something went wrong, and now I'm stuck on the other side of the galaxy with four thoughtfully drawn-up crew members, a top-down Sunless Sea perspective of flying through solar systems, a sidescrolling Jupiter Lander (that's a Commodore 64 throwback) when I go planetside, and a Master of Orion screen just full of alien races to approach with cautious optimism.

Rob Larkin, Staff Writer, @Rob_GN
Finally wrapped up the platinum trophy for The Last of Us, so I'm going to need something to scratch my multiplayer itch. Probably will get back in with one of the Assassin's Creed titles. I have both Syndicate untouched and the tail end of Black Flag in my library. But mostly, I think this weekend I finally head bank into the wasteland of Fallout 4. I was madly into that game just before my Destiny addiction started, and still have the final few missions to go to beat it, not to mention all the DLC and survivor mode to pick up.

Nicholas Leon, Staff Writer, nleon@gamingnexus.com
I'll be playing some more of The Witcher 3 this weekend. I'm going into Act Three, and I'm trying to build the heaviest armor set possible in the base game. One thing I've noticed is that I always pick the same ending in this game, the one where (and spoilers of course, but the game's been out for two years so...) Ciri becomes a Witcher. I think that having Geralt and Ciri together as father and daughter is a better send off for the character, providing both him and Ciri with a sort of peace.

I also finally hooked up my PS4, and boy oh boy does Uncharted 4 look like the most gorgeous thing besides fresh hot pizza. Uncharted 4 is currently my only PS4 game, but I almost purchased The Last of Us Remastered, but then decided that although the story is near perfect, I'd rather not start on a third large-scale, story driven game, and one that's kind of sad to boot. But I'll make sure to try out Horizon Zero Dawn and NieR: Automata when I get a chance.

Kevin O’Connell, Staff Writer, koconnell@gamingnexus.com
Played about three hours of Lara Croft and the Temple of Osiris this week.  The game has gotten very repetitive and the newer weapons are rather weak. Looking to buy a couple different games and haven't decided on which yet. Started to fiddle with Black Ops II as its been a while since I've gone through the campaign. 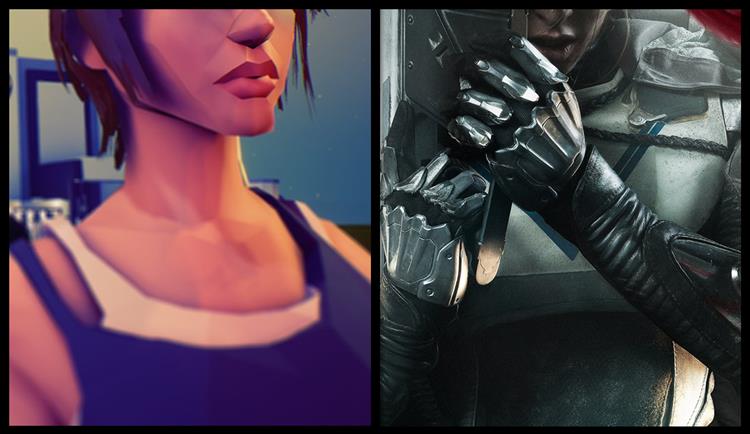