The Motley Fool looks at the top-selling games in history—#2 will shock you! (It's Tetris.) With esports predicted to generate nearly $700 million from various revenue streams like sponsorships and ticket sales, several pro basketball teams will now field a team of pro NBA 2K gamers. And Newsweek examines what social and racial diversity looks like in modern video games.

Patrick Aloia, Staff Writer, @PatchesAloha
I will be playing more Salt and Sanctuary this weekend, which I'm getting into to scratch a Souls itch that doesn't demand quite the same patience as those games do. It's pretty fun so far, but next time I play an ARPG I want it to be a bit more loot heavy or story heavy. I'm such a huge fan of atmosphere and mechanics in games that I feel like I'm missing the other parts of a game that make them fun. Looking to dig into the more romantic titles of my youth, going forward.

I'll also be playing Shadow of Mordor. I'm developing something video-related with the game, so I want to reintroduce myself to it in earnest. I never realized how the game's combat is can be so tensionless at a certain point. I think I got to good at it, but also you can just play the game with one hand if you need to sometimes. Regardless, I love the game, and I'm excited to dive into it again.

Russell Archey, Staff Writer, @NeoScyther
I'll be spending most of the weekend plowing through Fire Emblem Echoes: Shadows of Valentia for my upcoming review. I haven't had much experience with the Fire Emblem series outside of when I reviewed Fire Emblem Awakening a few years ago. A lot of people, myself included, consider that to be one of the best 3DS games at that time, so I have very high hopes for Fire Emblem Echoes.

Sean Colleli, Staff Writer, @scolleli
My RetroPie build worked out fabulously, so now that it's squared I'll be turning my attention to the Conarium demo for more impressions for my preview. Great Lovecraft vibe so far, I just wish there was more to the demo. I might also play a few episodes of classic Quake or Quake II to get the taste of Strafe out of my mouth, as I'm still smarting from how underwhelming and generally unpolished and unbalanced that game is.

Dan Colonna, Staff Writer, dcolonna@gamingnexus.com
I've been using my iPhone more than usual lately. Thanks to Randy's suggestion, Spaceplan has turned my commute into a time warp of potato-based energy production. The quirky-as-heck story and minimal art style is what makes this game stand out. Not to mention the gratification I feel when I learned how to really up my wattage. Grab this on Google Play, Steam, or iOS as soon as you can.

Beyond that, I'm giving Sara is Missing a go. Some lady named Sara lost her phone and I guess it's my job to get it back to her. Just kidding: this is a horror game. Sara is totally missing. I'm usually pretty wimpy about horror games, but I'm giving this one my full attention. Wish me luck.

Kinsey Danzis, Staff Writer, kdanzis@gamingnexus.com
I'm in the midst of a move and we currently lack wi-fi at our new apartment, so no Overwatch for me until we get internet service set up. For my birthday I'll treat myself to some calming, connection-free games—maybe solo Astroneer or that Glide minigame in Minecraft—and eagerly await the day when the Spectrum people can come out to the apartment. I'll admit, I'm falling for Blizzard's scheme to get me into Heroes of the Storm, but until I get a laptop that can run it without maxing out the memory (and, you know, wifi) I'm pretty much out of luck.

Charles Husemann, Editor-in-Chief, @chusemann
I'm hoping to dive into Prey this weekend. The game has some solid word of mouth, though I'm not sure I'm ready to commit 20 or 30 hours to a game right now.

No matter what I'll be playing some Titanfall 2.  I'm not sure if I've gotten good at the game or if the good players have migrated on to other games and I'm just one of the better players of what's left. Either way I still love how fluid the movement is in the game, especially when using the grappling hook. I'll also spend some time with Elite Dangerous as I try to reteach myself how to play the game with a HOTAS instead of using a gamepad.

Randy Kalista, Staff Writer, @randykalista
Whenever my review plate is clean, Skyrim's siren song calls to me. So do mixed metaphors, apparently. I've had Skyrim–Special Edition on PlayStation 4. Yay for better graphics, boo for mods. Compared to Xbox One, Skyrim has only half the mods available on PS4. But that's still 2,215 mods for me to pick from. Since I can probably only run a couple dozen or so at a time on PS4, that's probably enough. I'm a simple guy with simple needs. I maybe want Surreal Lighting, Darkness Falls, and something that'll make me have to eat, drink, and sleep. It'll be fun to turn Skyrim into a survival sim for a little while.

Also: Spaceplan. What a great little mobile game. It's massive in scope, minimalist in style, scored by an appropriately spaced-out soundtrack, and runs with a potato-based sense of humor. It keeps me clicking when no other clicker has managed to hold my attention for more than two minutes, because Spaceplan executes so well on its "based partly on a total misreading of Stephen Hawking's A Brief History of Time" narrative. Now if you'll excuse me, I've built up enough wattage to launch another "Spudnik" satellite, and my ship's status has just shifted from "breezy" to "confused."

Nicholas Leon, Staff Writer, nleon@gamingnexus.com
I am excited to announce that this weekend, I will finally return to Geralt's adventures in The Witcher 3. Hopefully I will be able to clean off a good chunk of the game, as I've progressed pretty far in new game plus. I think I'll also hook up my PS4 and see about playing Uncharted 4. I watched a let's play of it last fall, so I already know what happens, but it looks fun and oh boy is it pretty. Thinking about it now, I'm getting vibes from the Sly Cooper games even though Naughty Dog didn't develop them. But I will finally know what it's like to be a PlayStation owner this weekend, and am super excited. 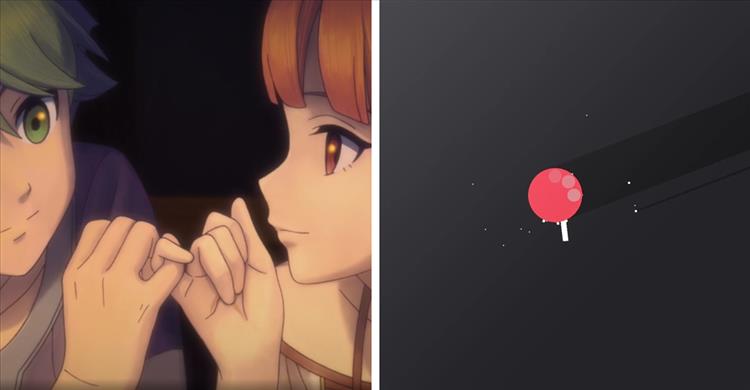