Resident Evil: Code Veronica is kind of the red headed step child of the Resident Evil series. It was released right before the series made the major transformation with Resident Evil 4 and while the game is still a great game, it is a little dated at this point.

Resident Evil Code Veronica X will be available via PS2 classics on May 9th in the US and May 10th in Europe. 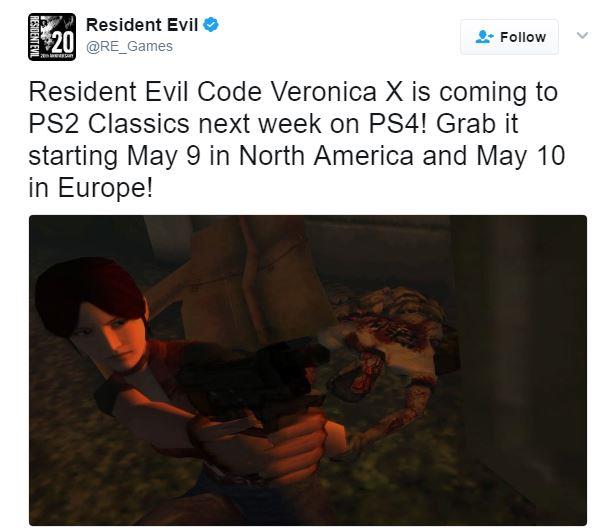