Savior is the first video game made in Cuba (which is admittedly hard to believe), and it's trying to see the light of day. Lemmy Kilmister, lead vocalist of biker rock group Motorhead, will appear in action RPG Victor Vran. And the first text adventures have been added to The Strong video game museum.

Patrick Aloia, Staff Writer, @PatchesAloha
I have been playing Titan Souls, and God what a great game. Does it ape a general idea and vibe from Shadow of the Colossus? Of course. But that would ignore how solid, fluid, and intelligent the gameplay is. It is not the most unique take on the boss rush premise, but with gameplay design and mechanics so good, and an aesthetic so nice and right, it feels like a wonderful, challenging homage to the idea. I also have been replaying Hyper Light Drifter, marveling more at the sound design this time around. Also I'm starting Outlast II in earnest tonight. We'll see if I keep playing it beyond the first few scares.

Sean Cahill, Staff Writer, @seancahill24
I'll be looking to get some more time into Elite Dangerous and my quest to get all the money I can out of Quince and the wonderful 10-minute vacations. There will always be time for Rocket League as well, though I feel drawn back to Final Fantasy XV for some reason, since I have unfinished business there with two final dungeons to clear.

Sean Colleli, Staff Writer, @scolleli
With the NES Mini discontinued and consigned to the fate of eternal eBay scalping, I decided to take the Thanos route: "Fine, I'll do it myself." To that end I've constructed a capable, little Raspberry Pi console running RetroPie. I'll be putting it through its paces this weekend with Super Metroid, Star Fox, Chrono Trigger, Super Mario RPG and a gaggle of other classic Mario games. Future test suggestions welcome.

Dan Colonna, Staff Writer, dcolonna@gamingnexus.com
This weekend, my fiancé and I cleared the 1-2 Player mode of Snipperclips. I can't get over how this game feels annoying, while also being impossible to put down. The way players bicker back and forth as they work out a puzzle reminds me of what it sounds like to play Keep Talking and Nobody Explodes. Happy arguing? Anyway, we're working on the Party mode now. Besides that, I'm slowly working on playing EarthBound for the first time. Growing up without a Super Nintendo gives me an exciting backlog to catch up on. This game is bananas and I highly recommend it to anybody who hasn't played it. Though, I get the feeling that I'm in the minority here. Finally, I'd be lying if I didn't mention Breath of the Wild here. I'm taking my sweet time with this game. I hope it never ends, and with all of that delicious DLC coming around this summer, my wish may be granted.

Kinsey Danzis, Staff Writer, kdanzis@gamingnexus.com
I'm preparing for a move—I finally get my own kitchen!—so there's not much time for me to play this week. What time I do have, though, will be spent on Overwatch. I splurged on the Combat Medic Ziegler skin, which I wasn't able to get in loot boxes, even though I'm basically married to the Witch skin. Why did I spend 3,000 gold on this when I probably won't even equip it? The world may never know. All I do know is that I don't have time to start any of the new games I got during the spring sale, so it's more Mercy time for me. I'd say it's therapeutic, but you know, I'm a support main. There's nothing therapeutic about that.

Charles Husemann, Editor-in-Chief, @chusemann
This is the first weekend without any marathons in a while, so the wife and I are celebrating by having mulch delivered and then playing Gardening Mama: Meat Space Edition. The big plan for the weekend is to spend some quality time with Elite Dangerous. I finally caved and bought a HOTAS last week so I can finally play the game in VR. I'm still getting used to the button mappings and re-figuring out how to play, but Elite Dangerous is one of the best gaming experiences I've had in the last five years. Outside of ED, I'm thinking about picking up either Prey or Dawn of War III or possibly just getting back to playing Titanfall 2. Will have to wait for the weekend to see which way the wind moves me.

Randy Kalista, Staff Writer, @randykalista
I'm in LEGO City Undercover as Chase McCain, the coffee-swilling cop minifig infiltrating a Chinese gang in a Grand Theft Auto-styled open-world amalgamation of every major U.S. city mashed into one (huff, huff). My seven-year-old will be following strict traffic laws as Player Two. I've tried talking her into cutting loose a bit, trust me, but she's by the book. I putting in some Elite Dangerous time, too. For whatever reason, it just hits that cold-beer-after-a-long-day-of-work spot. I can run rare goods from Alpha Centauri to the Pleiades, cook dinner, and read a book all at the same time with that game. And when I'm on the toilet, I swipe left and right on a round of Reigns on the phone. Some decisions are right and good and easy to make as king. Others are awful. Still others are frightening and oh my God wait until you see what happens when you hit 666 A.D.

Rob Larkin, Staff Writer, @Rob_GN
Finishing up my review for Sniper: Ghost Warrior 3 this weekend. There will some standard whittling down of the time required for the final multiplayer trophy to platinum The Last of Us. I've gotten rather good at that actually. Pulled out the clutch final kill 1v1 yesterday in one match and my k/d is finally consistently positive. It's an interesting multiplayer but the game is so old now the majority of those still on are die hard fans with a massive number of hours racked up. It's quite a challenge because of the player pool, and it's an interesting take on stealth multiplayer, so I'm enjoying my game or three each day.

Nicholas Leon, Staff Writer, nleon@gamingnexus.com
Again, pretty much the same thing for me. Continuing my adventures in the five Nintendo 3DS games I own, I might attempt to finish parts of Ocarina of Time or even Pokemon Moon. No, I still have not beaten that game. Professor Kukui is beast. Last time I tried KOTOR II it didn't launch properly, so we may have a problem there. I still haven't finished Undertale, but apparently that game only takes four hours to complete, so there may be a possibility there. But not to worry, as next weekend, I will have my precious Geralt back in my arms.

Kevin O’Connell, Staff Writer, koconnell@gamingnexus.com
I just finished playing Gears of War 2 and 3, which finishes re-going through all five games. I've played 3/4 of Darksiders II and have checked out the Giana Sisters today. 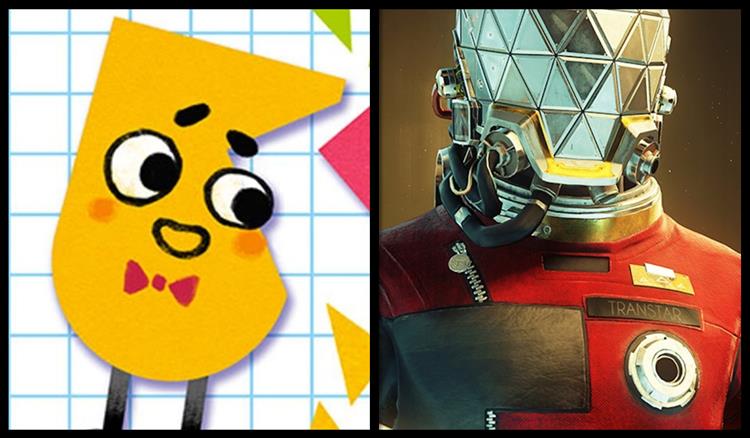