EVE Online players are being handed real satellite data from the University of Geneva in order to search for undiscovered exoplanets. Grand Theft Auto V is training the driverless cars your children will be riding in. And Gina Rodriguez (Jane the Virgin) has already got the long coat and fedora—and will be the lead voice actor in an animated 20-episode Netflix season of Where in the World is Carmen Sandiego.

Patrick Aloia, Staff Writer, @PatchesAloha
I have been playing Narcosis. What a bizarre, cool game. It really sucks you into its world. It's necessarily interactive, which is nice, even if it doesn't quite have the "Pop!" of a traditional horror game. It feels mature, but not over serious. I'm still trying to figure out what about it I'm not crazy about—I've yet to put my finger on it.

Russell Archey, Staff Writer, @NeoScyther
I'll be spending my time this weekend playing some NES games...on Steam. I recently received the opportunity to review the Steam version of The Disney Afternoon Collection and I plan on flying through all six games this weekend. Given my experience with the games in this collection, Rescue Rangers 1 and 2, Ducktales 1 and 2, Talespin, and Darkwing Duck, this should be a fairly easy review for me, though I am looking forward to checking out the extras. Beyond that, I'll probably get some more time in with The Binding of Isaac: Afterbirth+ as I still haven't completed a run of any sorts. Yeah, I kind of suck at the game, but still enjoy it.

Sean Colleli, Staff Writer, @scolleli
I'm fairly disheartened by current events, in gaming and in general, so, like a typical millennial, I'll be retreating into nostalgia to spend some quality time with my Retro Freak. First up is Super Metroid, of course, but I might also try to finish out a Sunset Riders run and replay Castelvania: Aria of Sorrow. It's not terribly dignified but it's a step up from building a blanket fort and bingeing on Lucky Charms, a coping mechanism some of my contemporaries are fond of. Then again my fiance will probably be eager to jump back into The Legend of Zelda: Breath of the Wild, so I might make more progress on that, depending on how often she shares the Switch with me.

Chapel Collins, Staff Writer, @ChapelCollins
I've finally gotten the enormous Heroes Unleashed mod working on Ghost Recon, and I genuinely think that this version of it is one of the best tactical shooters ever made. Every single action or inaction has so much thought and significance behind it. Aside from that, I'll be playing Far Cry 3. I forgot how good this game is. Jason's descent into madness is such an intriguing variation on the stereotypical Hero's Journey. Besides, it's still just so fun to play.

Kinsey Danzis, Staff Writer, kdanzis@gamingnexus.com
It's the Astroneer pre-alpha for me. I grabbed it as part of the Xbox Spring Sale, as promised, and I've logged over 14 hours in two days—which, granted, is not something I have the time to be doing right now, but that's a problem for Future Kinsey. My girlfriend and I have been exploring the game together, checking out all its niches and sculpting vaguely obscene statues with the terraforming feature. Excluding the glitches to be expected with pre-alpha (read: glitching through the ground and freefalling upward), it's a great game. There's nothing more relaxing than calm terraforming, exploring, and base expanding—until, that is, you come back to base to see that your girlfriend has ruined your truck for which you spent ages gathering resources. No matter; I'll get back to her in Overwatch or GTA V eventually, if the latter ever finishes downloading.

Charles Husemann, Editor-in-Chief, @chusemann
Not a lot of gaming for me this weekend as my wife, my sister, and I will be doing the Dark Side Challenge at Disney World. We'll be getting up early on Saturday to run a 10K through the park and then get up even earlier on Sunday to run a half marathon. I'll be getting some Fallout Shelter time in on the plane ride down, but that will probably be all the gaming I get.

Rob Larkin, Staff Writer, @Rob_GN
Just got back from nearly a week in Devon and Cornwall on my scone-stravaganza. Managed to pack in five gluten-free cream teas in five days and scores of fresh seafood and other odds and ends. This weekend is back to gaming as I'm not sure I want to look at food again for a while. I was looking for some commitment-free fun just before leaving and actually started up Far Cry Primal, which had been sitting in my digital vault since I got it for under a tenner back around Christmas. I might go back to it this weekend as it delivers just what I'm looking for: a decent bit of fun but not something I'll be so immersed in I can't tear myself away from. I'll also continue on with a game or two of The Last of Us multiplayer and maybe jump in a Destiny raid if my clan has anything going on.

Nicholas Leon, Staff Writer, nleon@gamingnexus.com
I would really like to finish my playthrough of Jedi Knight: Jedi Academy. I can't decide whether I want to go dark or light yet, as the dark side gets considerably harder towards the end of the game. But the thing is, it's just so fun. Other than that, I'll be continuing my playthrough of Dragon Quest VIII. I actually like the grind now, albeit just a little bit more. There's also Half-Life: The Lost Coast that I started a few weeks ago and then never played again. As a plus, the next few weeks will see me eagerly waiting to see my PS4 at home. I can't wait to explore a system that I've never tried out before in my own home, and I am really excited for the new experiences that await me there.

Matt Mirkovich, Staff Writer, @Stillmywords
I'm still working on that second playthrough of NieR: Automata, which has also split off into a desire to play Bayonetta again, so I picked that up for PC. But I'm playing so much Persona 5 it's hard to enjoy anything else. I'm past the vaunted 7/7 date that players aren't supposed to stream. I mean, I get it, but c'mon Atlus (Japan), there's nothing too crazy being revealed there. Hopefully I'll finish that game up soon, but given that I'm only 40 hours in and in the middle of July, I think I still have a long ways to go, but to this point I've been enjoying every second of it. 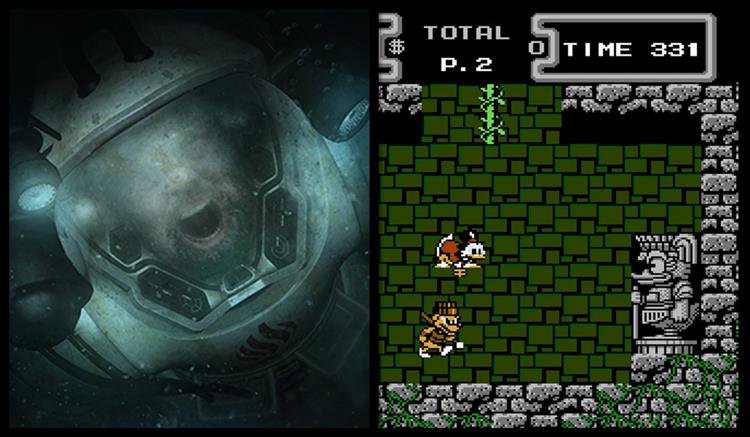