To be clear, players without the season pass get to purchase Narco Road on the 25th, but season pass holders will be able to play it on the 18th.

Narco Road's focus is largely on gaining fame on the cartel racing circuit in the game's fictionalized version of Bolivia. The goal of the story is to take down the cartel leader El Invisible, and in order to do that, players must gain the confidence of three goons who happen to love racing: Eddie Escovado, Arturo Rey, and Tonio Mateos.

A buff American dude tearing it up in Bolivia shouldn't arouse any suspicion at all.

The game also had an update on April 12th that dispenses challenges for solo, co-op and community modes every Wednesday in accordance with a season. The current season is called The Rise and Fall of Unidad, and the challenges therein have players scouting for intelligence and combating the cartel. 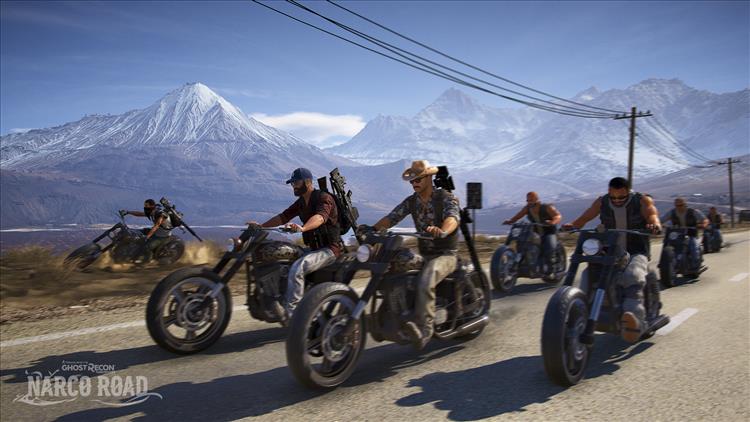