This week's Nintendo Download features three games hitting the Nintendo Switch and two for the Wii U Virtual Console. Over on the Switch we have LEGO City Undercover where you play as Chase McCain, a police officer who's been tasked with going undercover to track down Rex Fury, a recently escaped criminal who's started up a city-wide crime wave. Two players can play co-op to explore the game's open world with more than twenty unique districts to investigate.

In Graceful Explosion Machine, you'll pilot the titular fighter ship armed with an overpowered quad-weapon array as you try to find your way home. If you'd rather dance than get lost in space, you can also now download a demo for Just Dance 2017. However, the download is pretty big and only contains one song you can play solo or with friends: "Watch Me (Whip/Nae Nae) - Silento".

Over on the Wii U we get two more TurboGrafx-16 games in World Sports Competition and Super Star Soldier. World Sports Competition is your typical track-and-field style game with events such as archery, rowing, hammer throw, and so on. Meanwhile, Super Star Soldier is a vertical shooter where you take your small-scale fighter called the Neo Caesar and attempt to take down the Special Attack Squad led by the Mother Brain after they've launched an all-out invasion of Earth. I guess Mother Brain was tired of just being a brain in a jar, but I digress. 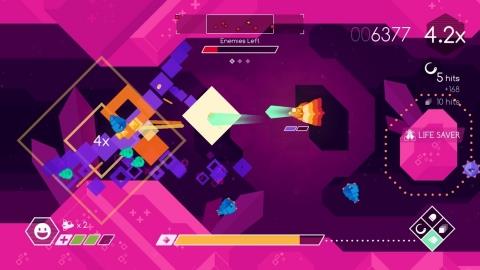 You can also redeem points to get a Fire Emblem Echoes: Shadows of Valentia digital wallpaper for your smartphone or PC. For more info, check out the latest My Nintendo news here.