What We're Playing: They Shall Not Destiny Edition

GQ got the first look at Alicia Vikander (Ex Machina) as the new Lara Croft. An Oregon judge gave the OK that a transgender writer and video game designer can be genderless. And you can play Ms. Pac-Man in the  Google Maps app on your phone right now.

Russell Archey, Staff Writer, @NeoScyther
The regular baseball season is just around the corner, which means it's time for my annual review of the Out of the Park Baseball management simulation series. As terrible as I am at managing a team, since I was never a person to pay much attention to stats and such, this series continues to improve over the years and has consistently gotten high review scores every time. I'm expecting no different this year. I'm also hoping to finally start up The Binding of Isaac: Afterbirth+ on the Switch as most of my Switch time has been spent with The Legend of Zelda: Breath of the Wild and Blaster Master Zero, the latter of which I'm almost 100 percent finished with, so Isaac is my next project.

Chapel Collins, Staff Writer, @ChapelCollins
I'm gathering my final thoughts for my review of Battlefield 1's DLC, They Shall Not Pass, so I'll be spending a lot of time there this weekend. Although honestly, I'd probably be doing it even if I weren't reviewing it; it's really, really good. Aside from that, I'm knee deep in a game of Civilization V on the biggest map and slowest game speed. Over 400 turns in, and it's barely 500 A.D. There's something simultaneously infuriating and addicting about playing it in such a way. I'm not sure what it is, but I intend to do further research into the matter.

Kinsey Danzis, Staff Writer, kdanzis@gamingnexus.com
I'm still over in Mass Effect: Andromeda, exploring the Heleus Cluster with my new best friends and aiming for completion (while hoping that Kallo doesn't send us plummeting into the face of a particularly toxic planet). It's a quest for completion, but one that I have to take in small doses because goodness this game large. Silly me, expecting that I would be able to settle Kadara in one night. Of course it can't be that easy. But on the bright side, I finally figured out how to drive the Nomad—for real this time. In between rage fits, I'm going to be hearkening back to Overwatch—or I would, if I had ever really stopped playing it. With a level that is truly pathetic compared to the amount of time I've spent playing it, I'm going to push through Competitive until I finally have enough points to snag a golden weapon for Mercy (because yes, I don't have one of those either). Just you wait; soon I'll be blasting my way through payload routes with my golden gun as Battle Mercy, fueled by salt, and all shall fear me. If I ever, you know, improve my aim.

Charles Husemann, Editor-in-Chief, @chusemann
This weekend I'll be continuing to grind bounties and cargo runs for the current Elite Dangerous community event. At this point I'm just hoping to stay in the current tiers of both which should net out around 18M credits. Outside of that I'm going to be taking on Federation missions so I can spend those credits on a Federal Assault Ship. Outside of Elite I'll probably spend some time with Titanfall 2 and possibly pick up MechWarrior Online to see if anything has changed since I played it last.

Randy Kalista, Staff Writer, @randykalista
If exploring, trading, and fighting are the three pillars of Elite Dangerous, then I'm broadening my experience by going from space trucker to intergalactic Jacques Cousteau. I'm sure the fighting will come naturally, just to round things out. But I've gotten a Diamondback Scout, a ship, as you can tell from the name, that specializes in getting out there in the black, scanning heavenly and planetary bodies, and selling the info back to different ports of call. I won't be the biggest moneymaker when I link up with the other GN staffers (I often lack the logistic focus), but it's still worth it when we all hop into Discord and chit chat. There's a comedy and camaraderie in Elite that I don't get from too many other games, even if I am going to be off on my own. On paper, my job board looks very similar in Mass Effect: Andromeda—I'll be exploring, trading, and fighting my way across the Andromeda galaxy, too. But Mass Effect (versus Elite) will handle the space opera side of things. I'm not opposed to forwarding humanity's colonial interests, but scanning crates and adding to my rock collection only goes so far. I come to Mass Effect for the drama, or, as John calls it, the "anDRAMAda."

Rob Larkin, Staff Writer, @Rob_GN
This will be my last weekend playing FIFA 17. It really is time to throw in the towel on that game. In my career mode, after taking Finn Harps out of the group stages and into the Champions League knockouts on the hardest difficulty, I signed on with the Canadian National Team, only to discover that there is no World Cup qualifying for North American teams. The game is so shallow it doesn't even have enough squads to scrape together a hex, or even fake some sort of 4th place playoff. EA needs to give up the FIFA name, and call the next version Real Barca Munich United 18, because it's not even trying to represent international football anymore. Unless you're a top club from a top league, this game offers you very little. I've been playing this game every year for over a decade since I switched from Winning Eleven/Pro Evo but it's time to give up the ghost. I can't imagine a future where I buy another FIFA game, because providing depth of experience is just not in their priorities. The gameplay and the game engine are priorities, and squeezing every dime from Ultimate Team is priority, but national team licensing, lower league depth, authentic scheduling, and depth of experiences don't make EA’s list. I will play some this weekend, though, because I should at least see out the season and finish up that Champions League campaign. Not sure what I'll replace my gaming time with. Probably The Last of Us, as I've got some multiplayer to finish up. My clan seems to be sucked back into Destiny but I've got a full fault and only broken promises from Bungie about a solution, so what's the point of collecting more gear if there's no place to put it? So I'm probably not going to step back into that. I'm sure there is something in my backlog that will pop out though. Maybe an Assassin’s Creed? I finally saw the film last weekend. I liked it but understand why it reviewed so badly.

Nicholas Leon, Staff Writer, nleon@gamingnexus.com
I'm going to try my hand at Half-Life 2: The Lost Coast. I was first introduced to that series last year and, oh my goodness, it is some good stuff. The shooting is stellar, and I find that the physics involved make for a unique, intelligent take on the genre that games haven't seen in quite some time, not counting the Portal games, because those technically aren't shooters [:thinking_face: - ed.]. Another game I'll be playing is actually some Dungeons & Dragons. I haven't done tabletop roleplaying games in a while, so I'm looking forward to it.

Matt Mirkovich, Staff Writer, @Stillmywords
Persona 5 is next week, so I'm trucking on through NieR: Automata to try and get all of the endings I can before I go get lost in Japan for forever. If I can, I'll probably go “finish” Final Fantasy XIV: Heavensward now that the final story patch is out. I've also got the DLC for Final Fantasy XV to check out, maybe I'll revisit chapter 13 while I'm at it.

John Yan, Senior Hardware Editor, @TheJohnYan
My work towards a Python continues in Elite Dangerous. As Randy said, it's fun hopping onto Discord and bantering with your fellow wingmates even if you are nowhere near them. I haven't done too much fighting in the game, preferring to travel leisurely around the galaxy and seeing the sights. When not flying in space, I'm fortifying my mountain base in 7 Days to Die. I've got a four-level mine with an entrance in the side of a mountain right now that seems to be working out pretty well. I haven't tried to defend it during a Red Night, as I prefer to go back to one of my original bases with all the spikes set up and hole up there for the evening. But, maybe in the next game week, I can see about making the mountain base more of a permanent residence that allows me to go through all nights without having to go back to my old hangout. Finally, I will pop into Mass Effect: Andromeda to see what all the hoopla is about. 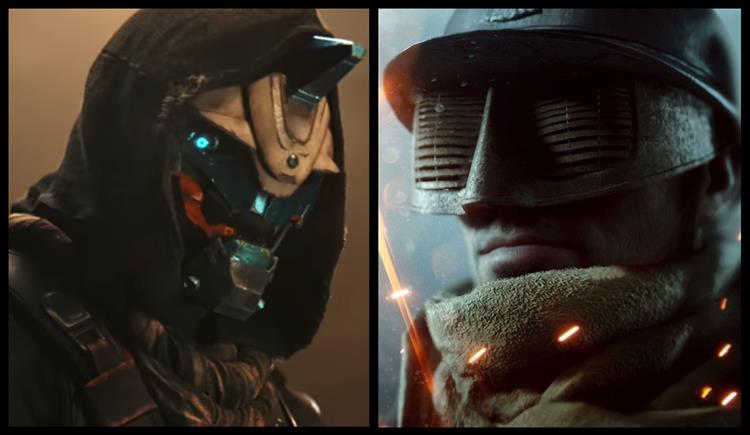