Rockstar has announced that some new vehicles and features are available to GTA Online's newest update starting this week. The Rocket Voltic, Ruiner 2000, and Blazer Aqua will be available in the Stunt Race creator, but new gadgets such as Boost Refills, Explosive Crates and Stunt Tubes will be in the mix as well.

Also, a new vehicle, the Hijak Ruston, is being added to GTA Online's Legendary Motorsport in the sports class.

As they say in NASCAR, vroom vroom, start your engines. 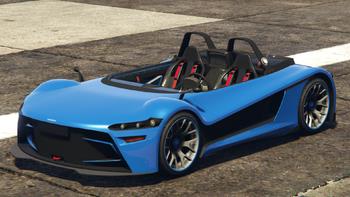