But this GOG Galaxy 1.2 upgrade adds good stuff. The biggest deal is the addition of universal cloud saves—even adding cloud save support to older games that never had that functionality. That's going to be super nice for games in my library like Planescape: Torment and Dragon Age: Origins. Those are two games that've taken me so long to get through that I've bought and tossed out at least two laptops in that amount of time, which means I've lost my saved games each time I've done that. But not anymore. Cloud saves to the rescue.

Also, the GOG Galaxy 1.2 upgrade adds screencaps (an always-popular option with me), bandwidth limiting, chat improvements, and overlays. A new hibernate mode cuts down Client CPU usage when you're playing a game, which saves resources and battery life. They even toss in an FPS counter for you folks that enjoy gritting your teeth when it drops below 60.

Keep up the good work, CD Projekt. I keep GOG Galaxy nice and snug in my Start Bar. 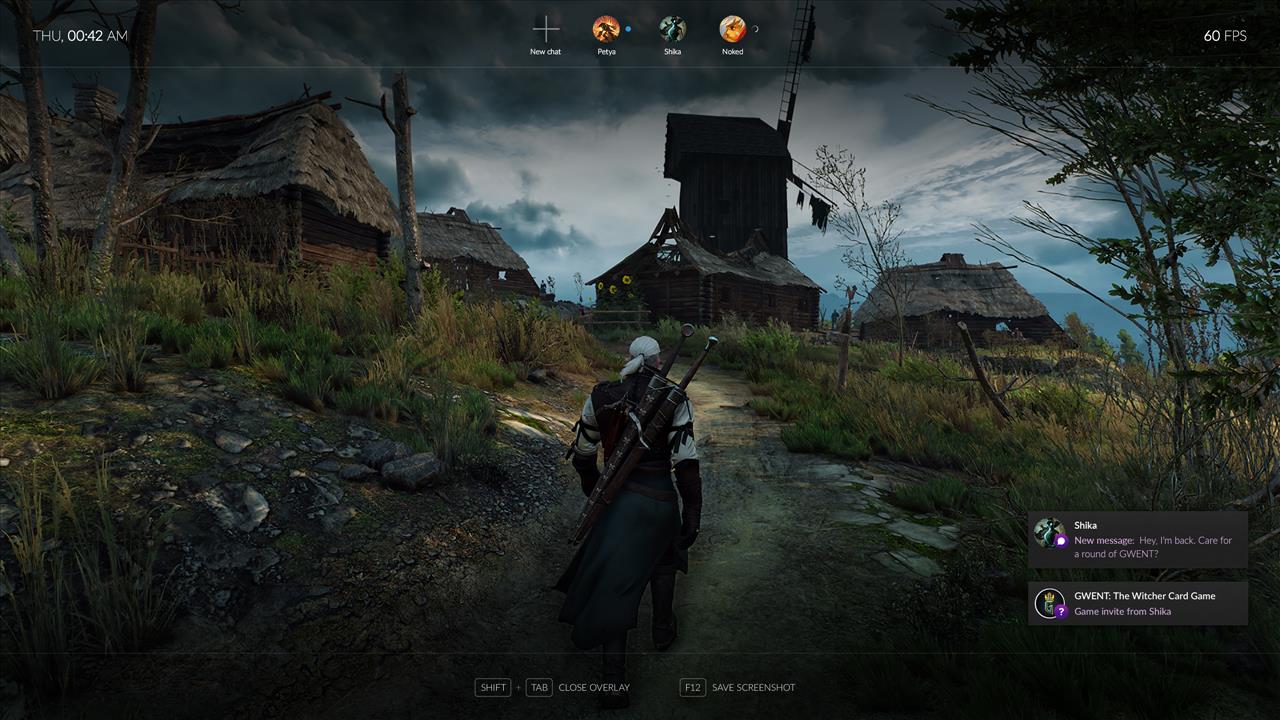 GOG Galaxy - Biggest Update Yet Marks the End of Beta

Warsaw, March 22 - GOG Galaxy, the gamer-friendly client, is coming out of beta with a major new update. Designed for convenient purchasing, playing and updating games, as well as online play between gaming platforms, GOG Galaxy is also built with optionality in mind, and a belief that you should own the games you buy.

The highlight of GOG Galaxy Update 1.2 is Universal Cloud Saves. This new feature makes it possible to add cloud saving functionality not only to new games, but also to titles that never offered cloud saving before. Thanks to this, excellent titles like Planescape: Torment, Dragon Age Origins, Heroes of Might & Magic® III, Vampire®: the Masquerade Bloodlines will gain benefits of saves syncing and cloud backup for the first time ever. Additionally, because GOG.com is all about giving freedom of choice to users, cloud saves are not locked behind the gaming platform - at any moment users can download backup of their saves data and use it as they see fit.

“Losing your save files can be really frustrating. And a big part of gaming legacy, including many of the greatest games, was missing cloud saves - until now.” explains Piotr Karwowski, Managing Director at GOG.com. “Thanks to the Universal Cloud Saves feature of GOG Galaxy, not only new games, but also the all-time classics and titles which development has been finished years ago, will be upgraded with saves syncing and cloud backup.”

GOG Galaxy Update 1.2 also introduces an option to customize the Client to users’ needs by selecting features they want to use, for a personalized experience and no feature-creep. In addition, the brand new hibernate mode cuts on Client CPU usage when playing a game, and saves resources and battery life when idling in the background. Update 1.2 also packs many of community’s most-desired requests, including bandwidth limiting and scheduling, FPS counter, screenshot capturing, in-game overlay, achievement rarity, desktop and in-game notifications system, new chat and more.

GOG Galaxy Update 1.2 is available today to users who opted to test upcoming updates, and will be rolling out to everyone in April. To download GOG Galaxy or see what’s new and improved visit GOG.com/Galaxy.