Resident Evil: Revelations is coming to PS4 and Xbox One

Considering Resident Evil REmake, 4,5, 6 and Revelations 2 have made their way to the current gen system, it would make sense that this game showed up as well.

No solid release date or price has been announced but Capcom's Twitter says that the game is scheduled to be released Fall 2017.

Now all we need is Resident Evil Outbreak and Code Veronica! 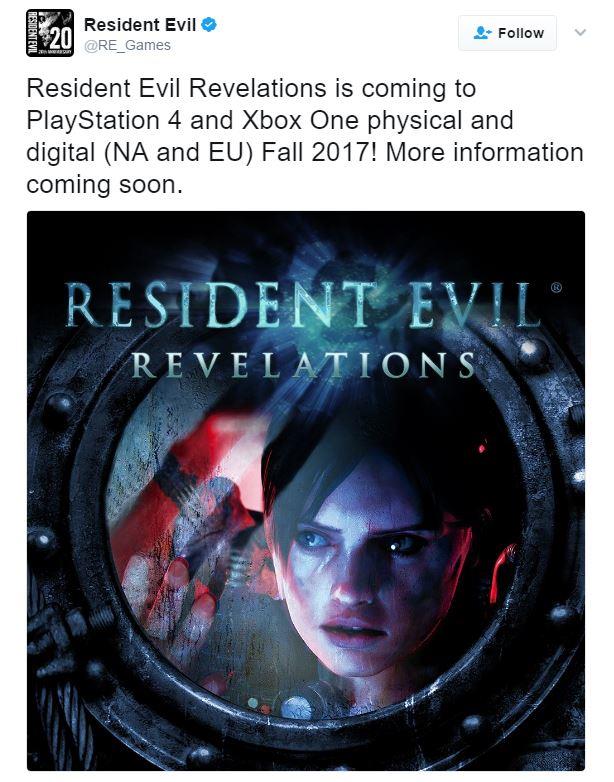