Nintendo Download for 1/5/2017: Ring in the new year by taking pictures of Pokemon

This week's Nintendo Download is kind of light with only one new game being released on the Virtual Console, but it's kind of a big one.  The Nintendo 64 cult classic Pokemon Snap is now available on the Wii U's Virtual Console.  The game has you play as a Pokemon photographer named Todd Snap (Nintendo and their Pokemon puns) as he's asked by Professor Oak to head out to an unusual island and take some quality pictures of various Pokemon to help him in his research.  That's literally the goal of the game: take pictures of any Pokemon you find in various states of activity.  As simple as that sounds, the game is pretty fun and I'm surprised that a sequel was never made as Pokemon Snap only contains some of the original generation of Pokemon.  Maybe if this release does well enough we might just see a sequel some day.

While the major eShop releases are rather light this week, the My Nintendo Rewards Lineup has received a few games featuring Kirby and Yoshi including Kirby's Epic Yarn (Wii U), Dedede's Drum Dash Deluxe (3DS), Kirby and The Amazing Mirror (Wii U), Yoshi's Woolly World (Wii U), and Yoshi (Wii U and 3DS). 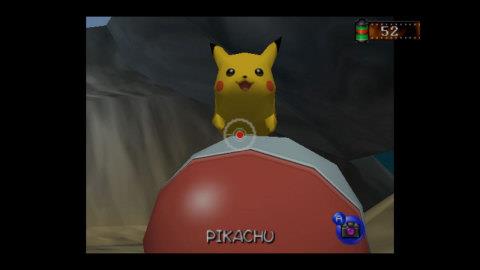 The Nintendo 64 cult classic is now on the Wii U console! Travel to Pokémon Island to embark on a safari and take the best possible in-game photographs of 63 different Pokémon. (Photo: Business Wire)