What year is it? I had to check when I read that a new Space Invaders game was getting ready to make its way to arcades. Arcade Heroes has revealed that an updated version of the classic game will be launching next month.

Space Invaders Frenzy takes the original concept and adds in light gun support to create an entirely new experience. Made for 2 players, Raw Thrill’s new take on the game looks exactly the same but plays in an entirely different manner. Players get to sit down behind two light-gun cannons and take aim directly at the invading aliens. It all plays out on a gigantic LED screen.

It is pretty cool to see a true classic get this sort of an upgrade. It does a good job at keeping the original experience in tact while adding some modern spins to the game. While I am really looking forward to running across this in the real world, I don’t have any hopes for this making the transition to the home consoles. This isn’t the sort of thing that will translate well to the home environment. EIther way, it is still cool to see. 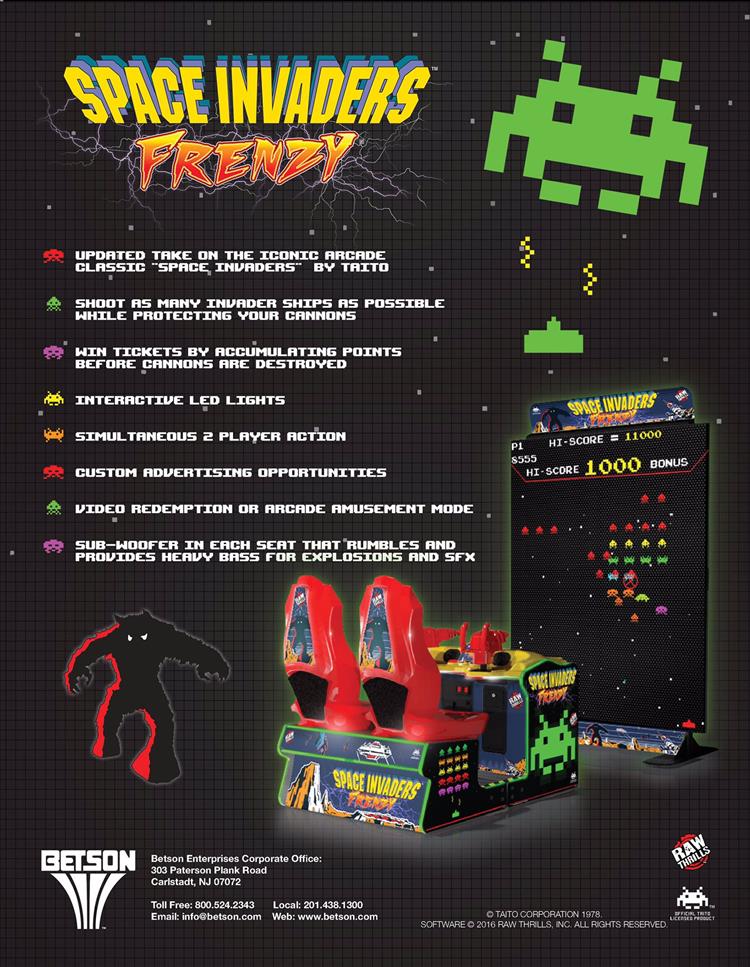