This week's Nintendo Download sees the first official Mario game for mobile platforms as Super Mario Run makes its way to iOS and Android devices.  While the game wasn't up yet on the Google Play Store (as of the typing of this post), I have read a couple of reviews and it does seem like a really good game.  My only qualm is trying to justify paying ten dollars for it, so I'll likely hold off a bit, though if you've been waiting patiently for the game to come out, it looks like your patience will be worth it.

Over on the Wii U eShop we have Excitebots: Trick Racing.  The game was initially released on the Wii back in 2009 and lets players pilot their Robotic insect or animal racer around tracks at high speeds while performing various stuns.  It's a game I've been kind of curious about ever since the Excite-series came back on the Wii, though I've never had the chance to check any of them out.  If you're in the same scenario, this might be a pretty good time to resolve that.

Meanwhile, My Nintendo is celebrating the launch of Super Mario Run by offering discount rewards for digital versions of four Wii U Mario games: Mario & Luigi: Superstar Saga, Mario Tennis, Wrecking Crew, and NES Open Tournament Golf (also on the 3DS).  Read on for the official press release and other sales going on this week in the Nintendo eShop. 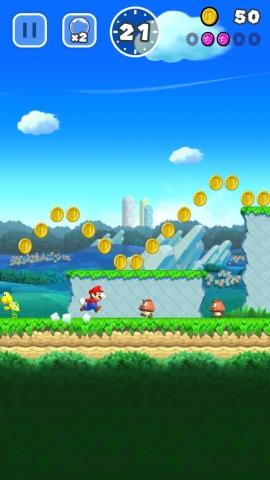