Doctor Strange is doing quite well at the box office, and does quite well as a classically imagined 8-bit video game. For the first time, gamblers in Las Vegas casinos were able to place bets on a major video game tournament (taking place in California). And nobody could beat Atari's box artists when it came to capturing the spirit of early video games.

Russell Archey, Staff Writer, @NeoScyther
I returned from my trip to the Alola region just in time for the Thanksgiving/Black Friday Weekend...and I'm ready to go back. I'll probably put a lot more time into Pokemon Sun this weekend, as I've typically enjoyed the core series and Sun and Moon are no different. I'll also be working through Super Mario Maker on the 3DS for my upcoming review. I can't really talk about much due to the embargo restrictions, but so far it's pretty interesting. Then again I'm kind of bad at coming up with ideas for stages. Heck, the only two I made on the Wii U version are just remakes of the first two stages of Super Mario Land on the Game Boy, so a lot of my time is being spent with Course World, which has its ups and downs.

Sean Colleli, Staff Writer, @scolleli
I've been revisiting No Man's Sky to see what the Foundation Update adds, but I'm not sure it will last me through the weekend. True, it feels a little more like an actual game now, instead of a barely-there, early-access alpha, but I've only been playing for a few days and I suspect I've already seen most of the new content. What is there is still pretty buggy and very grindy—basically a bunch of vaguely defined fetch quests for unlocking the base-building recipes at the agonizing pace of "one at a time." It's nice to know Hello Games didn't just take the money and run for it like a lot of fans suspected. But Sean Murray and his team have a long way to go before No Man's Sky even approaches what they promised pre-launch.

In all likelihood I'll be continuing the Yoshi's Woolly World addiction me and my girlfriend are dealing with. I feel kind of bad for picking up the game a week before she has finals but...it's just so fluffy!

Chapel Collins, Staff Writer, @ChapelCollins
I'm hoping to pick up Final Fantasy XV by this weekend. I'm almost a complete FF neophyte, and I've heard this is a great game for newcomers to the series. However, I'm also knee deep in Star Wars: The Old Republic, so I might not be able to break away. I'm bound to play something though, as this week is my last week of classes for the semester.

Jeremy Duff, Senior Staff Writer, @Duff3c
This will be another Magic: The Gathering weekend for me as I head to one of our local spots for both Friday Night Magic as well as one of their tournament events this weekend. When I am home though, I will be doing some more monster killing with Killing Floor 2 as well as my required daily Titanfall 2 multiplayer.

Randy Kalista, Staff Writer, rkalista@gamingnexus.com
The Foundation Update sucked me back into a No Man's Sky black hole. Send help. I mean, someday I'll be able to accept No Man's Sky as being a simple, guilty pleasure, and that'll be that. But today's not that day. I feel like I have to close the curtains and unplug the internet to play this game so no one knows.

Otherwise, I've been apprehensively staring at my phone, but not really sure if I should touch it, ever since I downloaded SIM–Sara Is Missing. It's a found-footage horror game all taking place within a smartphone environment. Like, I found this Sara's phone. And I'm chatting with the phone's A.I. assistant. And I'm looking at Sara's pics and videos and...I don't think this will end well for me.

Aidan Kelly, Staff Writer, akelly@gamingnexus.com
I'll be keeping an eye on the esport competitions held during Playstation Experience 2016. Held in Anaheim, California, the Capcom Cup and The Call of Duty World League (CWL) 2017 will be kicking off over the weekend. I wouldn't dare to call myself a CoD fan (Battlefield FTW), but there's no denying the dexterity and tactical awareness on display when CWL is in session.

I'm torn between FFXV and Total War: Warhammer. With Final Fantasy XV finally available in stores, I'm very tempted to pick it up. I'm a long-time fan of the series, and thoroughly enjoyed Kingsglaive. On the other hand, I've had my eye on Total War: Warhammer since its release, and with the modding community picking up steam (pun intended) this latest entry in the Total War series looks delicious.

Rob Larkin, Staff Writer, @Rob_GN
Time to dive into all those Black Friday specials I picked up last weekend while away from my PS4. Those will last me through the year, just as last year's did through this one. So this weekend it will mostly be FIFA 17 and Titanfall 2 for me. I also plan to finish up my preview of Divinity: Original Sin II, which is in early access, and I'll make some more incremental progress in Dark Souls III to get to the DLC. 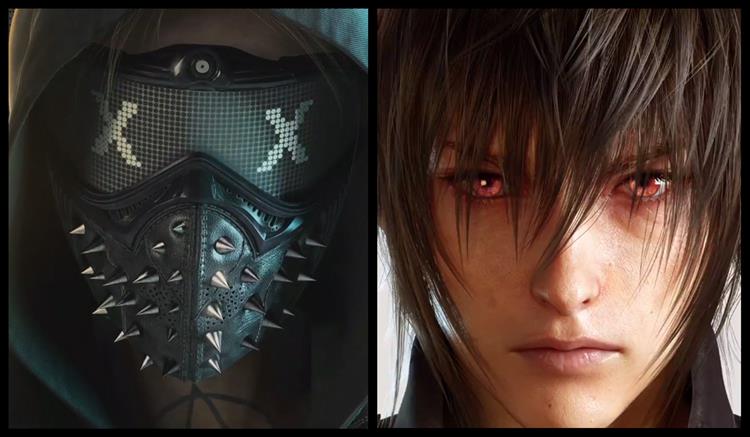