Nintendo is preparing a new line of Zelda Amiibo figures as a part of the celebration for the franchise’s 30th anniversary. The actual anniversary date for the franchise was earlier this year, on February 21, which was the release date of the original game in Japan. Previously, they had announced a pixelized version of Link, similar to the pixelated Mario that was released previously. It turns out that there are actually three other figures releasing as well, and all four are scheduled to make their way to retailers tomorrow, December 2, 2016.

As seen in the picture below, there are three more beautiful figures being released: Ocarina of Time Link, Toon Link, and Wind Waker Zelda. I have to admit, I absolutely love each and every one of the these designs. The Ocarina of Time Link in particular appears to be incredibly detailed and something that I just have to have sitting on top of my entertainment center. Hopefully these will be readily available at retailers tomorrow as indicated by Nintendo and do not end up being super rare. 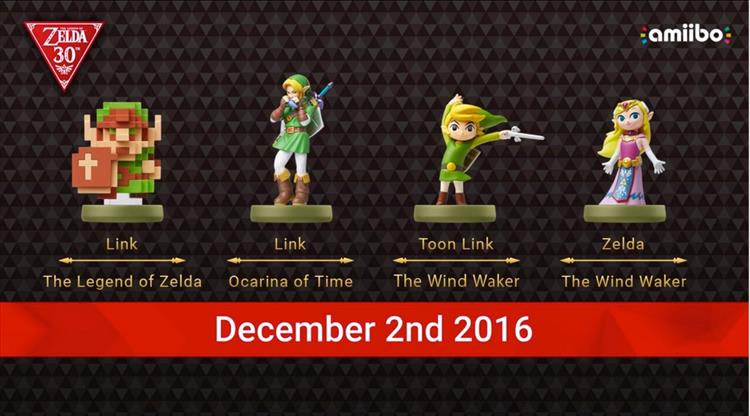