The Dwarves latest hero is Narmora

THQNordic has a new character trailer out for King Art Games' upcoming actioner, The Dwarves. Today's featured dwarf is Narmora, a stealthy assassin with a number of backstab, sneak and shadowy moves for quick, decisive strikes on the battlefield. "Stealthy" isn't exactly the first thing that comes to mind when I think of dwarves--more like "scream and bash in the door with an axe"--but every fantasy class must have its own assassins, right? Dwarves launches December 1st.

Vienna/Bremen, November 28th: Exactly one week before the release of The Dwarves, THQ Nordic introduces a new hero in their "Meet the Dwarves" video series. Narmora, the swift and agile assassin specializes in sneaking up on single enemies and striking them down before they even see her. She can appear anywhere on the battlefield in a blink of an eye using “Shadow Step” or teleport back and forth to quickly assassinate 1 to 10 targets with her skills “Assassination” and “Shadow Death”. 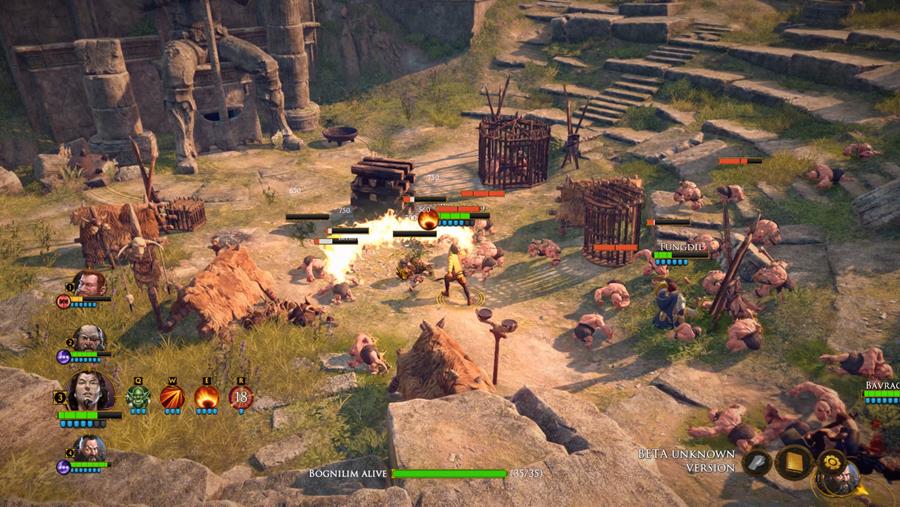 Furthermore, KING Art made a special video for all the backers on Kickstarter and fans all over the world who helped make the game worthy of the coolest fantasy race.

You can watch it here: https://www.youtube.com/watch?v=fPRg4JtMCV0

The Dwarves will be available for PC, Mac, Linux, PlayStation®4 and Xbox One on December 1, 2016 at a retailer near you or as a digital download.

About THQ Nordic
Founded in 2008, THQ Nordic is a global video game publisher and developer. Based in Vienna, Austria and Karlstad, Sweden with subsidiaries in Germany and the USA,THQ Nordic brands include Darksiders, MX vs. ATV, Red Faction and Titan Quest. THQ Nordic is meant to represent a core approach of doing much more than “owning” a highly competitive portfolio of IPs. It revolves around cherishing them, and aligning them with the very best development resources to expand upon them with the level of experience that communities and established fan bases expect and deserve.

The company’s internal development studios are Grimlore Games based in Munich, Germany and Rainbow Studios based in Phoenix, Arizona.

About KING Art Games:
KING Art is an award-winning independent game developer specializing in producing high quality games. They are among the leading experts on story-driven games in Germany and have produced several successful adventure games that received rave reviews by the gaming press. Since 2002 they have also been pioneers in the area of extensive browser games, and have accumulated expert knowledge during the production of more than 30 successfully completed browser game projects.