Even as Telltale Games slows down its production line, a Guardians of the Galaxy point-and-click adventure is a surprising turn, nonetheless. You can stream the Watch Dogs 2 soundtrack, helmed by Hudson Mohawke, a hip hop DJ that's most notably worked with Kanye West. And tabletop Dungeons & Dragons is being inducted into the National Toy Hall of Fame—and is cited for its influence on role-playing video games.

Russell Archey, Staff Writer, @NeoScyther
I decided that I needed a vacation from the madness that is working retail during the holidays. So, I took a trip out to the Alola Region. Okay, sadly, I can't take an actual vacation during the holidays while working retail and expect to have a job when I get back. But I've been working my way through Pokémon Sun (and by extension Moon) for my upcoming review. So far it's going pretty good. While I've still got a bit to go before I write my review, I'd say that right now it's on par with X and Y.  There are a lot of good things about Sun. It does retain some things from X and Y, while there are a couple of things I kind of question. It's nothing that's a big make-or-break type of thing, though, so I am thoroughly enjoying my time out on the islands.

Sean Colleli, Staff Writer, @scolleli
My girlfriend and I might get in a few rounds of Super Mario 3D Land, and I'm also introducing her to The House of the Dead: Overkill, which she thinks is hilarious. Otherwise it's a pretty busy weekend for me—as in reviewing games instead of playing them.

Chapel Collins, Staff Writer, @ChapelCollins
It's looking like a pretty video game-free weekend for me. I'm housesitting for my girlfriend's parents while they're away, and though I will be taking my laptop and Xbox with me, I'm going to try to use the empty house as an opportunity to set up my recording gear and get some work done. However, Pokémon Moon also came out, so there's a chance that I won't get anything done at all.

Jeremy Duff, Senior Staff Writer, @Duff3c
My weekend is going to kickoff on Friday night with a little Planeswalking as I head out for some Friday Night Magic at one of our local comic shops. After than, I will resume my mech career as I just cannot get enough Titanfall 2. Seriously, this has quickly become my favorite multiplayer game of the year, and that comes after giving glowing reviews to both Battlefield 1 and Gears of War 4.

Randy Kalista, Staff Writer, rkalista@gamingnexus.com
I reviewed polygonal-puzzler Small Radios Big Televisions this week. Its puzzles sometimes (but not always) speak to the lonely, inner-mind narrative it's building up to. There's mild bewilderment, and severe distortion, in the audio logs. I like it. It's one of those games that grows bigger in your mind once you set the controller down and go about the rest of your day.

Nothing new for me this weekend, however: I'm plowing through XCOM 2: Shen's Last Gift and Just Cause 3: Bavarium Sea Heist. I'm still secretly playing Skyrim Special Edition when I should be reviewing those other two games. And wishing I had any sort of gaming rig that could jump into EVE Online's new free-to-play component. I'm well beyond having the time and energy for MMO gaming, but EVE is the one I'll never forget, regardless.

John Yan, Senior Hardware Editor, @TheJohnYan
This weekend will be spent between two games. Titanfall 2 continues to surprise me and I'm really enjoying the campaign. Call of Duty: Infinite Warfare isn't something I'm excited about, but I'm going to try and get through some of it to see if the change to space makes for a more interesting experience. 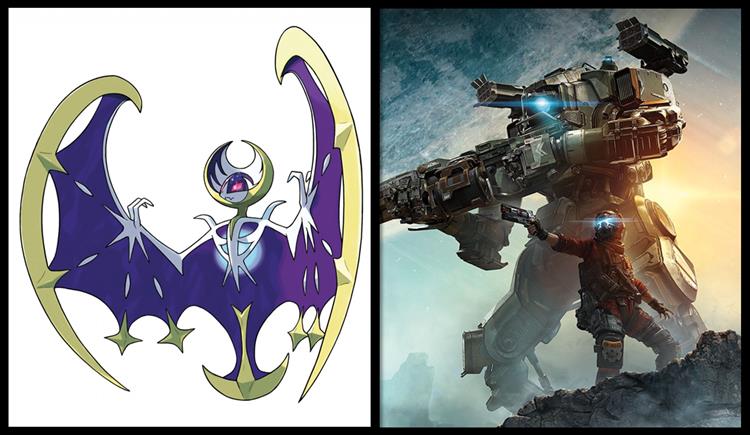