This War of Mine Anniversary Edition adds free DLC

This War of Mine is 2 years old now. Let that sink in for a second. It's been 2 years since 11bit Studios tried to reflect the experience of civilians suffering through a wartime crisis. For its 2 year anniversary, the studio is thanking the fans that put the game on the map, by releasing a free DLC pack. This pack, available now, includes a new alternate ending, three new environments to explore and new characters to follow.

I'll be honest, while I appreciate what This War of Mine is trying to do, I didn't find it all that compelling. Maybe I was just burned out on survival games, but I never felt like I could make any real headway in This War of Mine without turning my survivors into utterly reprehensible monsters, looting from starving old men and betraying vulnerable travelers. Maybe that was the point, but I don't like no-win scenarios and as a result the game kind of bored and frustrated me. Hopefully the anniversary DLC will give me the incentive to get back into This War of Mine.

It's been two years since This War of Mine was released, and 11 bit studios would like to thank everyone with some new content including additional locations, civilians, and a different ending. there's a new video below that includes personal reactions from some of the fans. 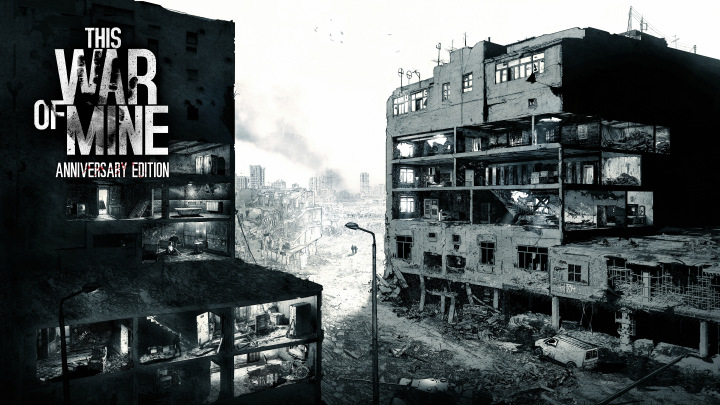 We released This War of Mine two years ago, and the response immediately turned our world as a studio upside down. That success has given our company amazing opportunities to grow and explore new projects, such as Frostpunk, and that’s only possible because of the people who believed in This War of Mine in the first place.

That’s why we are releasing the Anniversary Edition; a complete retail package with new characters, new locations to explore, and most importantly, a whole new ending. This content will also be made available completely free as DLC to owners of the base game.

The Anniversary Edition DLC is available now on Games Republic and Steam, with additional platforms to follow.