Well, it's been a long time coming, but now it's officially official. Rockstar has announced Red Dead Redemption 2 and it's coming next Fall for the PlayStation 4 and Xbox One.

It looks like we are going to run with the Dutch gang, but won't know for sure until Thursday, when the trailer is released.

Needless to say, a lot of us are excited to go back to the Wild West with Rockstar Games. The second game was such an amazing experience so there's high hopes for the third one. I wonder why Rockstar went with a 2 rather than a new title, but that matters little in the grand scheme of things. 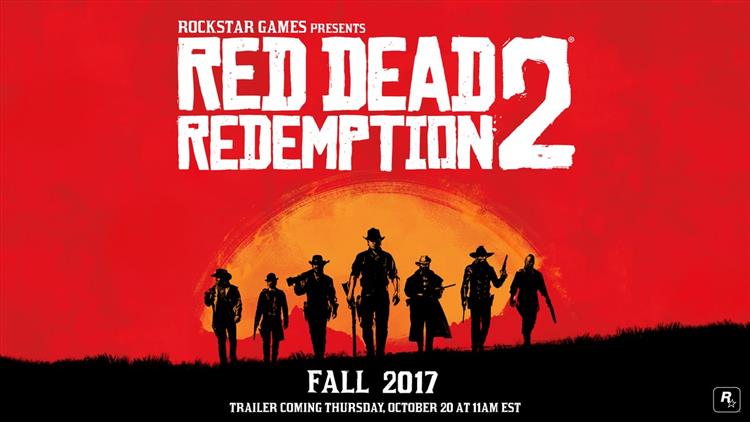 NEW YORK, NY, October 18, 2016 – Rockstar Games®, a publishing label of Take-Two Interactive Software, Inc. (NASDAQ: TTWO), is proud to announce that the highly anticipated Red Dead Redemption 2® will release worldwide in Fall 2017 for PlayStation®4 computer entertainment systems and for the Xbox One games and entertainment system.

Developed by the creators of Grand Theft Auto Vand Red Dead Redemption, Red Dead Redemption 2 is an epic tale of life in America’s unforgiving heartland. The game's vast and atmospheric world will also provide the foundation for a brand new online multiplayer experience.

"With Red Dead Redemption 2, the team is working hard to push forward our vision for interactive entertainment in a truly living world," said Sam Houser, Founder of Rockstar Games.  "We hope to deliver players an epic experience that builds upon everything we've learned making games."