What we're playing this weekend: Gears of Raw Edition

With 44 games in the lineup, PlayStation VR arrived on Thursday with more launch games than the Xbox One and PlayStation 4 had combined. Squadron 42, the Hollywood-cast singleplayer campaign for Star Citizen, is still "months away" and won't make its previous 2016 release. And this six-minute film short is one of the best cinematic twist, action-adventure stories you'll see—doesn't even matter that it's for Star Wars: The Old Republic MMO.

I finally got around to playing Mount & Blade: Warband. My first few hours, I was overwhelmed but totally entranced as well. Things were looking up as I started to earn a bit of money, got some favor with the Sultan, and even had a lovely lady I was pursuing. Then I got ambushed by a huge army and lost everything. I don't know if I'm emotionally mature enough to handle that kind of complete failure again, so, depending on how well I've recovered, I may or may not be playing Mount & Blade this weekend.

We're going unplugged this weekend as I have a full day of Magic: The Gathering planned for Saturday. Before I begin tapping for two and swinging for six, I'll probably join up with some friends and try to tackle the Gears of War 4 Horde mode again; we made it to Wave 40 last night before getting destroyed and having all of our defenses wiped out in a single round. Hopefully that doesn't happen again.

This weekend I'll be diving back into gaming after a few weeks off to prepare for/go on/and recover from vacation. I'm hoping to wrap up the Gears of War 4 campaign and dig into Horde mode a bit. I'm enjoying the campaign a bit more than Duff did, though it's clear that this campaign is meant to set up the next two chapters.

I'm also hoping to spend some time with the Rise of Iron expansion pack for Destiny. I’d missed it while I was out. The chatter around the expansion pack seems positive and, after reading Rob's review, I'm eager to dive back in.

Finally, I'm hoping to wrap Recore up as I started it before I left. The first hour was a bit on the plain side so I'm having a hard time motivating myself to finish it for review.

My review of XCOM 2 on PS4 is a done deal, but I'm still playing it. Somebody's got to win this forever war. It'll take dozens (and dozens) of more reloads, but I'm in. 2016 has been the Year of Hard Games Can Be Awesome, for me. In that category, XCOM 2 now fights Darkest Dungeon, Hyper Light Drifter, and The Banner Saga 2 for my end-of-the-year top honors.

My six-year-old is begging me for Abzu. We watched one stream of it. Within the first minute, she'd not only commented that it looked like an underwater Journey (she's absolutely correct), but that it also sounded like Journey (again, correct, with Austin Wintory handling the musical score on both games). Guess I might be playing Abzu by the weekend.

If not, then I'm rolling back into the used-to-be-an-under-an-ocean wasteland of Mad Max. Hey, it's in the lore. Yes, it's a 2015 game, but I haven't played anything this year with harder-hitting combat, sicker demolition derbies, or more gorgeously broken-down vistas.

I'll be playing a lot of Final Fantasy XIV this weekend since I'll be at the Final Fantasy XIV Fan Fest in Las Vegas. Hopefully we'll get an announcement regarding the next expansion. I've also got reviews to wrap up for Thumper, and Quantum Break. Hopefully I can also pick up a PlayStation VR, provided they aren't sold out everywhere. 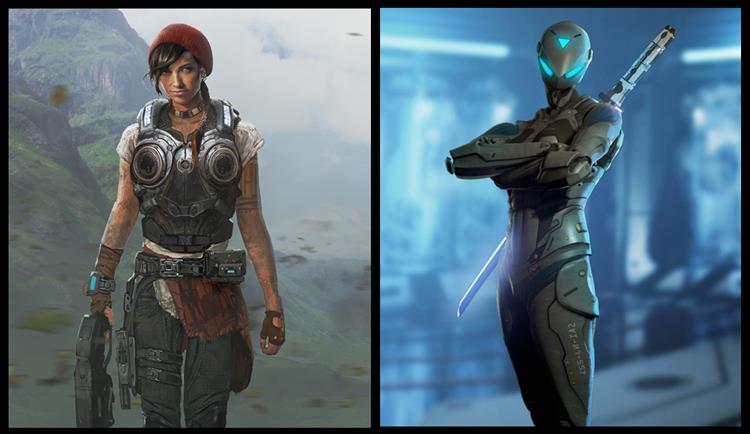