A new era in the Pokemon franchise will kick off later this year when Pokemon Sun and Pokemon Moon launches for the Nintendo 3DS on November 18, 2016. In preparation for that launch, Nintendo has revealed a new Pokemon-themed New Nintendo 3DS XL design that will launch prior to the release of the game(s).

The slick look of the new system is black in color with both Solgaleo and Lunala gracing the the cover of the system’s shell. The resulting look is a sleek, contrasting black and white design that looks incredibly sharp. The system will retail for the standard New 3DS XL price of $199.99 and can be seen below. If you haven’t picked up one of the New 3DS consoles yet, this is arguably one of the best designs that have been released for it. 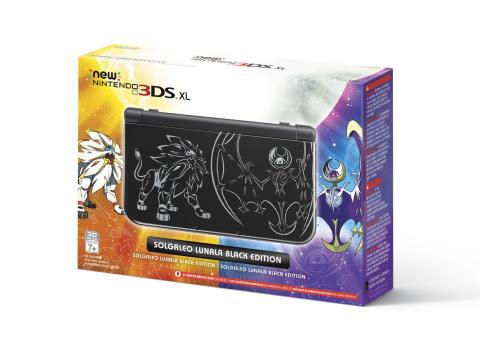