What we're playing this weekend: Rise of NHL Iron Edition

The PlayStation 4 Elite controller—which has interchangeable parts with the Xbox One Elite controller—is available for pre-order from Target. Steven Spielberg is turning Birmingham, England, into a Ready Player One distopia. James Paul Gee is the Mary Lou Fulton Presidential Professor of Literacy Studies at Arizona State University, and he's learned a thing or two from playing video games four hours a day, every day, since 2003.

Chapel Collins, Staff Writer, @ChapelCollins
This weekend I won't be playing much of anything, as I'm going to a progressive metal festival in Atlanta. If I manage to squeeze anything in on Sunday, it will almost certainly be The Witcher 3. After nearly a year of trying, it finally sank its claws into me, and in a big way; I can barely put it down.

Charles Husemann, Editor-in-Chief, @chusemann
This weekend I might checkout Overwatch again to see how the game has progressed since the beta. I know everyone loves the game but my time has been fairly limited as of late—and I don't need another game to take over my time.

I'll also be diving into the early access version of NHL 17 to see how much the game has changed since last I played it. I have been playing the EA version of Madden NFL 17 off and on since it was made available a few weeks ago, but I'm not sure I'm going to pull the trigger on the full version. I have a feeling that NHL 17 will meet the same fate, as I don't get into the franchise mode or anything much beyond playing the odd season now and then.

Randy Kalista, Staff Writer, @randykalista
My weekend will be All Free Everything. Lords of the Fallen is this month's freebie on PlayStation Plus. No, I can't stomach more than 30 seconds of Dark Souls' menus or its complete antipathy towards commonly accepted gamepad controls. Regardless, Lords of the Fallen, which I've heard described as Dark Souls Lite, might pass my Goldilocks test. We'll see. I'm cool with hard games of all stripes (see: Tharsis, Hyper Light Drifter, Darkest Dungeon, Fallout 4 Survival Mode). But I keep bouncing off the Dark Souls formula. I wouldn't mind if Lords of the Fallen lifts this roadblock for me.

Star Trek Online showed up on consoles this week. Any free-to-play MMO on console is a rare and should-be-celebrated experience. The news that it was coming was enough to make me revisit Star Trek: The Next Generation on Netflix. I cut my teeth on Commander Riker's beard, and Counselor Deanna Troi took all the boys from Generation Y and made men out of them.

All of which happens after my Fallout 4: Nuka-World review. I've hopped onto the subway to Nuka-World, the happiest place on earth. For raiders, anyway. And we'll see about sorting out the multiple factions populating the underworld. I brought Old Longfellow with me from Far Harbor. He's a lawful good kinda guy. He always wants what's best for the ordinary citizens of the Boston Commonwealth. If he sees me breaking bad with the raiders, he's probably going to have a bad time.

One more quick mention. On mobile I'm playing something called Rusty Lake Hotel. Well, I'm playing the Cube Escape: Theater episode that takes place in Rusty Lake Hotel. This is some seriously what-the-hell magical surrealism. It has a spooky vibe as I go about solving spooky puzzles. But I knew I'd crossed into the Twilight Zone when I made a Screwdriver cocktail for one of the guests, he drank it, and then a literal screwdriver came out of his mouth. Which I later used to attach a plug to a cord and put into a socket in the wall powered a spotlight that lit up a stage that brightened up the faces of the theater perfomers that...

Rob Larkin, Staff Writer, @Rob_GN
Finished The Witcher 3 last weekend and cleaned up the platinum trophy early this week. So my plate is pretty bare at the moment. I went flawless in Trials last weekend in Destiny, thanks to a carry from my man PattiePat (https://www.twitch.tv/pattiepat). I have one last quest to clean up to have a completely clean slate for Rise of Iron. So I'll play a little more Destiny. I'm not sure if I'm going to start a new game this weekend or clean up some old ones. I really need to finish Fallout 3 and SOMA. I have a save near the end of the game I haven't touched since Christmas. So most likely I'll be back in the Wasteland. Might also be a good time to finally clean up those last two trophies for the platinum on CoD: Advanced Warfare as well. 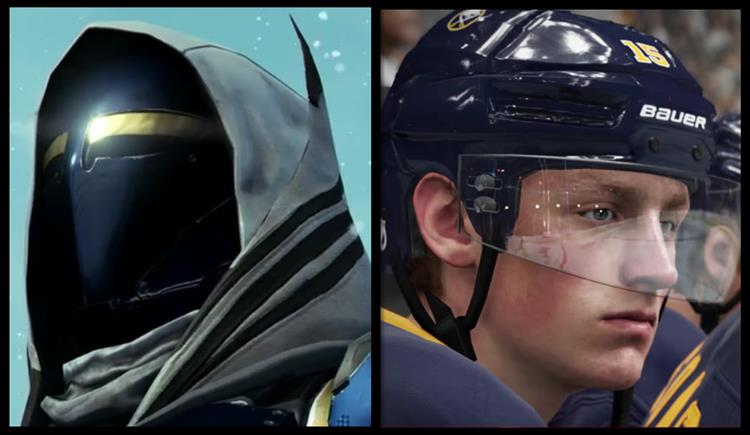