You can make your own Eevee Pokemon plush at Build-A-Bear. Developers weigh in on whether it's cool to get a refund on a game after you've played more than two hours of it. And, by the time you're reading this, one-year PlayStation Plus subscriptions are now up $10 to $59.99.

Sean Colleli, Staff Writer, @scolleli
I'm trying my best to dig into Deus Ex: Mankind Divided, but being hopped up on antibiotics and decongestants, not to mention Square Enix's slimy pay-to-win DLC practices, are making me less than enthusiastic. There's a great game in there and some excellent references to Deus Ex canon—Eidos Montreal knows its stuff—but it's hidden behind some very greedy nonsense that sours the experience.

Also I'm working on Phoenix Wright: Ace Attorney – Spirit of Justice for my review, so stay tuned for what I think of the bumbling defense attorney's grand return.

Chapel Collins, Staff Writer, @ChapelCollins
After a nearly year-long struggle, I think me and The Witcher 3 finally understand each other. I've never played a game with a concept, world and story that I am so intrigued by with gameplay that is just so completely incompatible with my tastes. I've essentially decided to force myself to finish the game, despite any disagreements we may have, and so far it seems to have paid off; I pursued a serial killer last night in a quest that left me absolutely spellbound.

In addition to that, I will be attempting to connect to EA's online services to play the Battlefield 1 beta. I have long lamented the fall of the retro shooter and the rise of the futuristic one, and it looks like this game may finally scratch an itch I've had since 2008's Call of Duty: World at War.

Charles Husemann, Editor-in-Chief, @chusemann
This weekend I'll be checking out the Battlefield 1 beta to see if it's going to be worth picking up at launch or not. After not being able to get into BF: Hardline at all, I've all but ignored Battlefield 1, but I'm hoping that the beta will get me excited.

Outside of that I'll be doing some marathon training and wrapping up Kittypocalpyse. Also MWO: Marauders.

Randy Kalista, Staff Writer, @randykalista
This is it, the final DLC for Fallout 4. So I've got my ticket to Nuka-World. With several themeparks to visit within this Fallout-themed themepark, I'll swing through Safari Adventure (Fallout Primal), Dry Rock Gulch (Red Fallout Redemption), Galactic Zone (Mass Fallout Effect), Nuka-Town (Disney Fallout Land), and Kiddie Kingdom (???). Sounds like a good time. John Yan is probably shacking up with the techno raiders; I'm probably going with the classic raiders, since the super-nutty raiders look like Barnum & Bailey dropping too many caps on a Counter-Strike: GO gambling site.

And then there's Inside. Hooo boy. Inside is this year's Journey, folks. This year's Bastion. This year's Hotline Miami. Not that Inside resembles any one of those things. It's simply an indie masterpiece. That's all it is. It's just one of those games people will bring up in conversation five, 10 years down the road, saying, "You haven't played Inside? Maaaaan." I'll be that guy. I’ll be saying that to you.

Aidan Kelly, Staff Writer, akelly@gamingnexus.com
This week I'll be going back to my roots with Final Fantasy VII. The game carries some of my favourite characters of all time, including Cloud, Sephiroth and Barret. The soundtrack is fantastic. It delivers the majority of the nostalgia during gameplay. The upside to playing a game released in 1997 is that the load times are nonexistent. Once I loose my patience to the random battles, its inevitable,  I'll put down FFVII and boot up Master of Orion for another campaign. I've played as most of the races by now and the game has ripped Stellaris from its spot on my Steam favorites list. The only downside is the lack of mods available. The Last of Us has been sitting on my shelf for months now. I purchased it the week it was released but left it to suffocate under a layer of dust since then. Perhaps its time to bite the bullet. 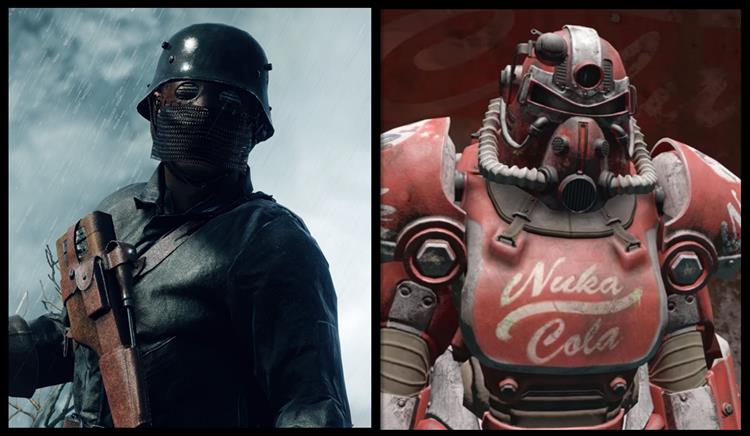