Do you have an Xbox One and wish that you could watch TV on it? I don't mean using the pass through input that each Xbon One has to connect a cable box. I'm talking about just using an Xbox One to watch cable channels without anything else other than a network tuner? Well, you can now.

SiliconDust has released the HDHomeRun app to the Windows Store, which will let those with a an HDHomeRun PRIME, EXTEND, CONNECT, or EXPAND to watch TV right on their console. It features a very simple Guide and the ability to tune to channels using your Xbox One. This was the feature I thought would be baked in rather than the HDMI input that the console has.

The caveats right now are that you can't pause, rewind, or fast forward. It's strictly a Live TV application, but the team's looking to implement some PVR capabilities by the end of the month. You could setup a recording server on a PC or NAS to record TV and copy protected channels aren't supported yet.

I've been a longtime user of the HDHomeRun PRIME with a cable card from my local cable company to watch and record cable TV successfully for years. I have the app running on my KODI box as well as my Windows 10 PCs and it works pretty well. I've run into a few instances though where the audio just shuts off, but it's been rare the recent months. I do wish SiliconDust would release a hardware H.264 encoding capable tuner (HDHR-4), but it's been several years since we've heard anything about it for cable cards.

So, if you want some Live TV action on your Xbox One, check out the HDHomeRun app if you have a compatible tuner and enjoy Live TV without having to run anything else into your console. 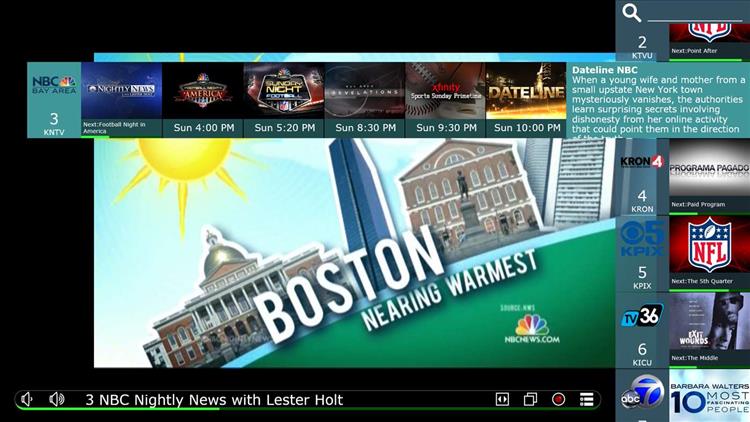