Former PlayStation VP Adam Boyes joins Iron Galaxy, technical consultants and developers of Wrecketeer and Divekick. The Nintendo NX is reportedly a standalone portable with the ability to plug into an HDTV. And the first Xbox One S bundles arrive in one month in Madden NFL 17 and five-game Halo collection flavors.

Charles Husemann, Editor-in-Chief, @chusemann
My niece and her best friend are in town for the Columbus Comic Con and the Ohio State Fair on Saturday. And I have a 60-mile training ride for Pelotonia on Sunday. So my gaming time this weekend is going to be limited to showing off some cool experiences in VR and maybe a few rounds of MechWarrior Online.

Randy Kalista, Staff Writer, @randykalista
Oh good, John Yan tells me "don't be creepy" with the Fallout 4: Vault-Tec Workshop experiments on my dwellers, but I can tell he's struggling internally with himself on that point. I crawled all over Quincy Quarries to find the entrance to Vault 88 to start the Vault-Tec Workshop content. The entrance is obscured. Especially if you rely on the VANS perk to guide your path. Super looking forward to building nice, clean, pre-war spaces, even though vaults can be some of the most architecturally boring places. I'm seeing what I can do to spice things up, though. Also, after years of Dishonored and I having a staring contest with each other, I finally blinked. I always thought it looked a little too copy-pasted for its own good. It looked a little too Half-Life, a little too Thief, a little too BioShock for its own good. But it's clicking with me now. I especially love the heart. I like the Bob-Ross-wearing-a-steampunk-monocle views, but that heartbroken heart is what's going to carry me through the whole narrative. If I never stumble across another audio log in a game, I'll be happy—but point-and-click narration from a dismembered bodily organ is neat.

Aidan Kelly, Staff Writer, akelly@gamingnexus.com
This weekend I won't be playing The Technomancer. Nor will I play it the weekend after--and probably never again. In fact as soon as I write up the review, I'm going to uninstall it. Instead I'll be squadding up with BSOT on Battlefield 4. The BF4 community is still considerably active and servers are easy to find. I've recently taken a liking to hardcore servers for added immersion. Nothing beats having no idea what's happening and friends laughing as they shoot you in the back. Other than BF4, I'll be playing Final Fantasy VII. I was going to wait until the remake to replay the game, but with Final Fantasy XV dropping soon I had to get my fix. In between Cloud twiddling a huge sword over his head, I hope to get a few rounds of Hearts of Iron IV in with a squaddie from BSOT. Last week 8.2 million soldiers died during our one and only pitched battle.

Rob Larkin, Staff Writer, @Rob_GN
Really into the Witcher 3: Wild Hunt right now, so most of my time will be there. But also have gotten into the Mushroom Wars 2 closed beta and will be putting significant effort into that. I was pleasantly surprised by the recent re-release of the original on PC and I'm interested to see how things have evolved. I've also picked up Furi, the PS Plus free game of this past month, because a lot of people in my Destiny clan are talking about it. I've only scratched the surface of the first boss but I like what I've seen there.

John Yan, Senior Hardware Editor, @TheJohnYan
This weekend I'll be messing around with some Pool Nation VR and probably some Hover Junkers. With the release of the Vault-Tec Workshop, I'm also going to put my dwellers through some experiments in Fallout 4. Nothing too extreme. Yet. 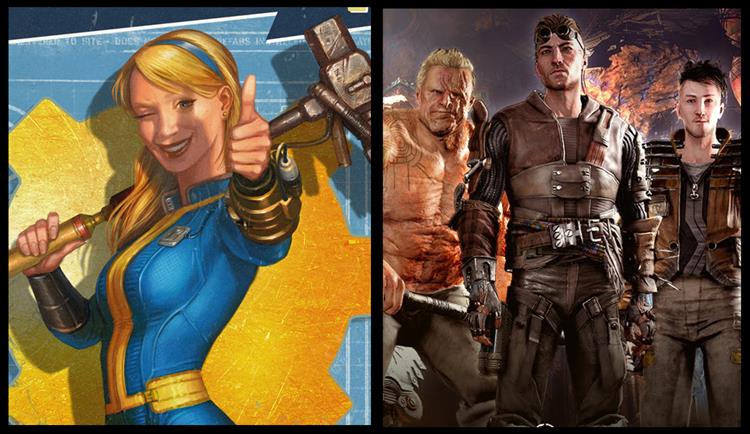