What We're Playing This Weekend: Trials on Tatooine Neverwinter Edition

Sebastian Anthony may have created the first GPS-augmented reality game 12 years ago and boy, in light of Pokemon GO's success, he sure wishes he would've patented the idea. The Xbox One S(lim) makes its debut in less than two weeks on August 2. And while Pokemon GO isn't the data hog some suppose it to be, it does have more in-game buyers than the rest of the mobile gaming market combined.

Sean Colleli, Staff Writer, @scolleli
I'll probably play more Super Mario 3D World with my girlfriend, as I soldier on into the remixed levels. This game is like a mean-spirited Inception—it just keeps getting deeper and more sadistic. I also picked up ADR1FT during the Steam sale, so I'll also be doing some floating/suffocating. Considering the general shared premise, so far it's a lot better and more interesting than Gravity.

Chapel Collins, Staff Writer, @ChapelCollins
This weekend, I would like to continue my Mass Effect trilogy run as well as my Medieval II: Total War campaign. But the weather gods are currently using my neighborhood as a punching bag. After getting hit with a microburst a few days ago, which plucked upwards of a dozen trees and took down the power for 24 hours, recently we were hit yet again. I'm typing this in the dark (and heat) from my iPhone. First world problems of the highest degree, but dang it, having internet is a basic human right.

Jeremy Duff, Senior Staff Writer, @Duff3c
Gotta catch'em all! I will give you one guess as to what I will be playing this weekend—with my daughter, of course. We have become a Pokemon-obsessed family, with nightly trips to our local parks and Pokestop hotspots. When we aren't out catching Pokemon GO, I will be creating death machines in Kerbal Space Program. I thought the purpose of this game was to send these little guys into the final frontier; but it seems that all I ever do is send them to a fiery death.

Charles Husemann, Editor-in-Chief, @chusemann
This weekend I'll be digging into the Trials on Tatooine on the Vive. I haven't heard great things about it, but there's no way that I'm passing up the chance to wield a lightsaber in VR. I'll also probably dig a bit more into Raw Data, as it's one of the better VR games out there. I'll also be playing MechWarrior Online because that's what I do.

Randy Kalista, Staff Writer, @randykalista
The wife and kiddo are out of town for a few days. I've got Pizza Hut hot wings on the way and a smattering of a bunch of games I'm playing off the shelf. I throw Red Dead Redemption back in the deck at some point each year. Six years on, though, and it still owns a very comfortable spot in my Top 5 of All Time. Probably in my Top 2. I'm also heading into Neverwinter on PS4. I'm just feeling nostalgic for the golden age of MMOs, I guess. Let's see how this half-orc ranger handles himself, shooting from the fringes of society. I won't look up walkthroughs for it, but I'll probably tackle a boss or two in Furi. Just depends on how dextrous my fingers are feeling. And as an antidote to all that ass kicking, I've still made a promise to get through Gone Home and/or The Witness. I love exploration, but maybe not at the exclusion of all action—so we'll see, Gone Home. And I love mysteries, but not at the price of puzzles for the sake of puzzles—so we'll see, The Witness. And sure, Pokemon GO. I'll jog between PokeStops in my town, hopefully snagging that Snorlax that's been evading me since launch day.

Aidan Kelly, Staff Writer, akelly@gamingnexus.com
I jumped back into the Witcher 3 recently. I'd like to pick up Blood and Wine and Hearts of Stone over the weekend. I don't intend on finishing them in the same weekend, but it'll be nice to have them ready to play. In between sessions of The Witcher 3, I've been playing Hearts of Iron IV again. As the Irish, I invaded Britain and occupied the island. A friend has been teaching me the intricacies of American football through Madden NFL 15. I'll spend most of my weekend learning the playbook so coach doesn't send me for laps. I hate laps.

Rob Larkin, Staff Writer, @Rob_GN
After nearly two weeks—where I think I held a controller for all of about 30 minutes—I'm looking forward to this weekend. It's Iron Banana week on Destiny so I'll be carrying one, maybe two, characters to rank 5. I'll be back in the Northern Kingdoms in The Witcher 3 for the rest of the time. There's still a lot of hosting going on and trips to Windsor Castle and London planned, so I doubt I'll get much more in beyond those two. 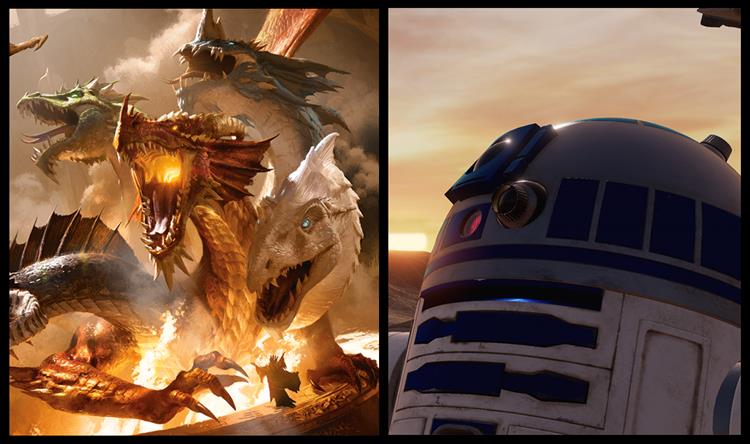