If you can tear yourself away from Pokemon GO for a few minutes, the Nintendo Download has some decent content this weekend. Monster Hunter Generations is here, and Russell really liked it. The 3DS is also getting 7th Dragon III Code: VFD, a bit of a niche series that is finally making its way to American consoles with this release.

This Wii U sadly doesn't have anything huge this week, but the Virtual Console is getting classic shooter R-Type, and Bonk's Adventure, the mascot platformer for the Turbografx-16. It's weird to think that a big-headed baby caveman was once considered a viable competitor to Mario and Sonic, but then again a speedy blue hedgehog and a plumber tripped out on shrooms are pretty ludicrous on their face as well. The 90s were odd times.

You can check the rest of the digital goodness after the jump. 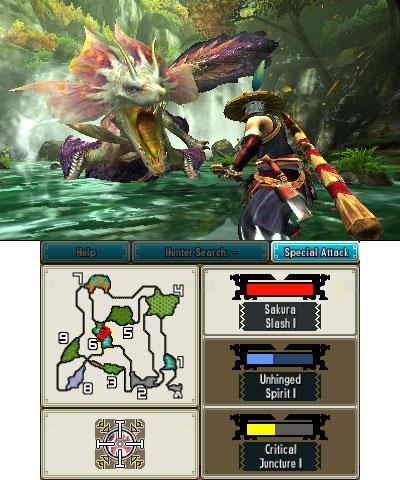 On July 15, get ready to hunt monsters in style with Monster Hunter Generations, exclusively for the Nintendo 3DS family of systems! (Graphic: Business Wire)