According to the United Nations Human Rights Council, internet access is now a basic human right. Red Dead Redemption is finally backwards compatible on Xbox One, as of Friday. And these are single-cell organisms playing Pac-Man in a 1mm wide maze.

Nathan Carter, Staff Writer, @natedoggcata
This weekend I continue my adventures in Japanese pop idols and dungeon crawling with Tokyo Mirage Sessions. I have never really been a fan of JRPGs, but something about the Shin Megami Tensai and the Persona series really hooked me. I love the way battles play out in all of these games and it's no different in TMS. Also J-pop is my guilty pleasure and the music in this game is fantastic. Finally, and this is one of those "I am years late to the party" deals, I am currently making my way though Phoenix Wright: Ace Attorney – Trials and Tribulations. I always enjoy getting into game series years late because I then have a mountain of games that I can play. I have already put hours into the original Phoenix Wright Trilogy and I still have two more main series games to finish in anticipation of the new one coming out later this year. As far as the original trilogy goes, I instantly fell in love with this series mainly for its characters. Detective Gumshoe is hilarious, Pearls is adorable, and watching Pheonix and Maya's relationship grow over these games has been a joy to watch. These games have some of the best character development I have ever seen. I cannot wait to see these characters grow even more as I progress through the series.

Randy Kalista, Staff Writer, @randykalista
Got a couple things on my plate for review. First up is Prison Architect. I'm on part five of a five-part tutorial. This story mode started with an electric chair execution (!) and has worked its way through the care and feeding of prisoners, straight up riots, and prisoner rehabilitation. I'm not just building a maximum security panopticon of inmate misery—I'm looking for ways to (slowly but surely) make it so these guys don't come back. I'm looking forward to building up a prison ecosystem from the ground up, but this well is deep and wide. Then I'm onto some couch co-op with my six-year-old and her five-year-old cousin, playing LEGO Star Wars: The Force Awakens. I've tooled around with a LEGO game or two but never caught on. There are still some things I don't like about the level design in The Force Awakens, but it seems to be making a greater effort at signposting objectives and, in general, throwing some cool scenarios into the mix. Also, John keeps yelling at me to play Chrono Trigger, so I'm downloading that to my phone as we speak.

Aidan Kelly, Staff Writer, akelly@gamingnexus.com
I won't have much time this weekend. With a wedding on Friday (not mine), and the Euro 2016 finals on Sunday, that just leaves Saturday for shenanigans. I plan on doing some heists with friends on GTA V Online. We've been watching the hilarious nut jobs at Funhaus on YouTube. It looks like great entertainment. What I'm really looking forward to is throwing Molotov's out the car window in an effort to set my buddies alight as grossly incandescent fireballs. Perfect. Other than that, I'll probably run through a few tracks on Rocksmith. While it doesn't deliver the same experience as a live gig, it definitely beats hauling gear and drunk people spilling drinks on your equipment.

Rob Larkin, Staff Writer, @Rob_GN
Won't be playing much at all this weekend. Going to be in the Hague for a family wedding the whole time. Will get some mobile gaming in. Maybe I'll finally dive into The Banner Saga, but more likely it'll be just time wasters like 1010. And Stategery. 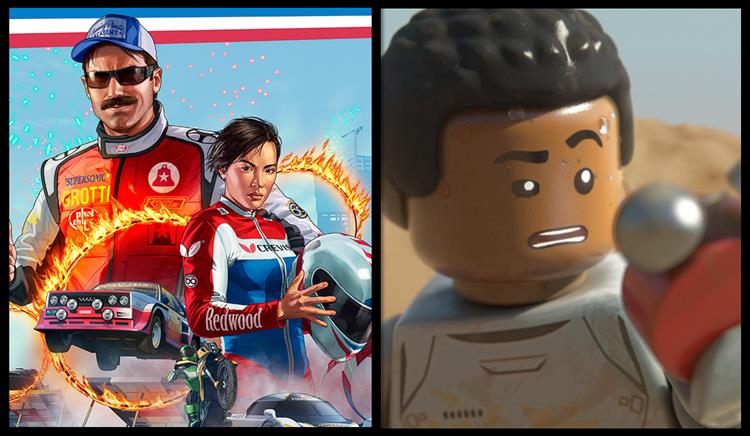