Look for our upcoming review. LEGO games are warmly regarded here at Gaming Nexus, but I've always been at least a little skeptical of their gameplay approach. I find there's a lot of running in circles trying to figure out what to do next. But there's no denying the charm and humor that TT Games invests into these LEGO adventures. And with this one being about the first Star Wars movie I've liked since 1983, I think there's going to be plenty to enjoy. It's great hearing the fresh voice work coming from the actors, too. There's original dialogue from Harrison Ford (Han Solo), Daisy Ridley (Rey), John Boyega (Finn), Adam Driver (Kylo Ren), Carrie Fisher (Leia Organa), Anthony Daniels (C-3PO), Domhnall Gleeson (General Hux), Gwendoline Christie (Captain Phasma), Lupita Nyong’o (Maz Kanata), Max von Sydow (Lor San Tekka), Oscar Isaac (Poe Dameron), and a bunch more.

LEGO Star Wars: The Force Awakens launched on everything. And I mean everything. PlayStation 4, Xbox One, PS3, Xbox 360, Wii U, Windows PC, Mac, PS Vita, and Nintendo 3DS. You can even play the first chapter for free on iPhone, iPad, and iPod, with additional content being made available throughout the year with in-app purchases. 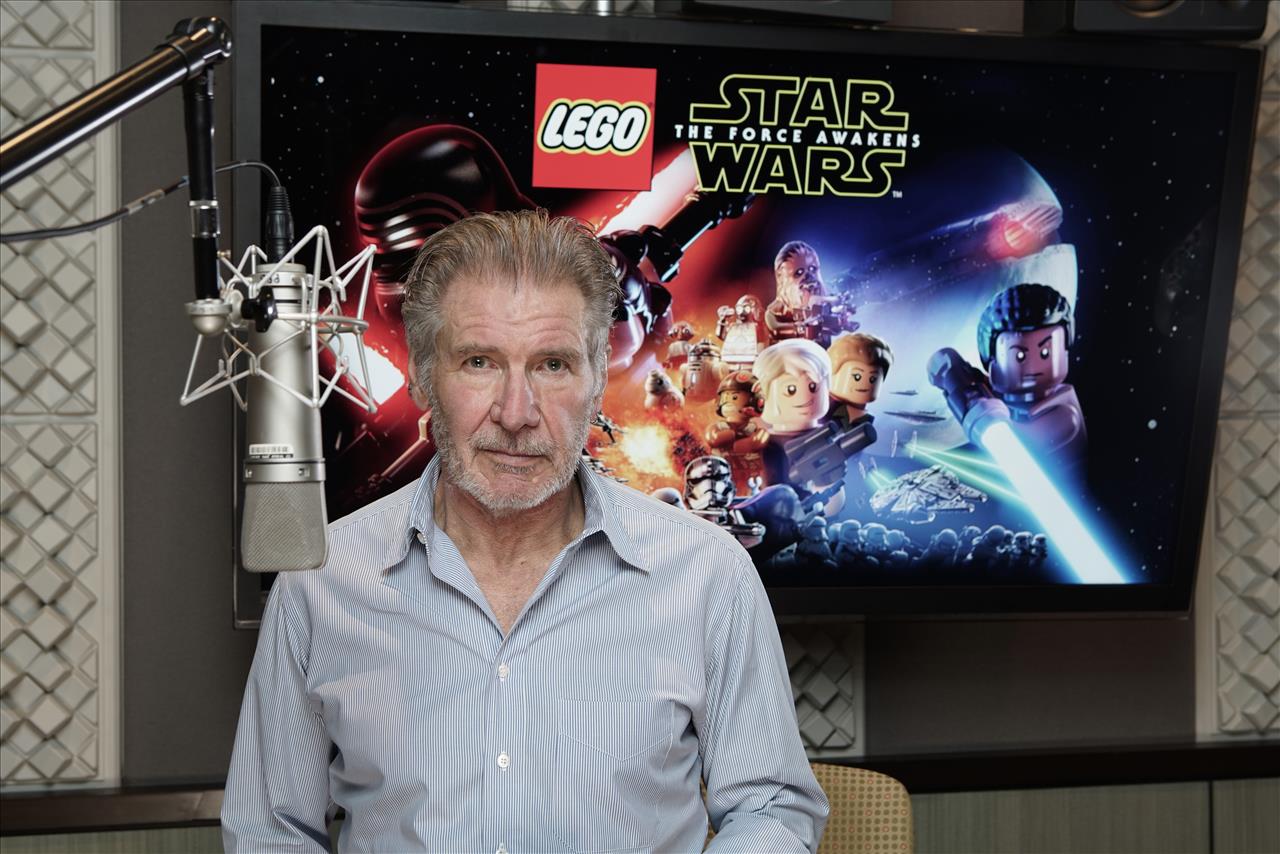 WARNER BROS. INTERACTIVE ENTERTAINMENT, TT GAMES,
THE LEGO GROUP AND LUCASFILM TAKE PLAYERS TO A GALAXY FAR, FAR AWAY WITH THE LAUNCH OF

Relive the Epic Action from the Blockbuster Film with a Humorous LEGO Twist and
For the First Time in a Videogame, Journey Through Exciting New Adventures from Across the Star Wars Galaxy

LEGO Star Wars: The Force Awakens marks the triumphant return of the No. 1 LEGO videogame franchise, allowing fans and newcomers to relive the action from the hit film in a way that only LEGO games can offer, featuring storylines from Star Wars: The Force Awakens, retold through the clever and witty LEGO lens. For the first time in a videogame, players can experience new adventures within the Star Wars galaxy set in the time leading up to the movie, providing deeper insights into the film’s characters and most memorable moments.

“LEGO Star Wars: The Force Awakens has given us a wonderful opportunity to express once again the play themes of LEGO and Star Wars in a way that only those two properties can,” said Tom Stone, Managing Director, TT Games. “All of the classic play mechanics that make up a LEGO videogame are included in LEGO Star Wars: The Force Awakens, plus we’ve added some new and innovative features to entertain and enthrall the whole family. This marks the beginning of an exciting new journey.”

“LEGO Star Wars: The Force Awakens introduces fans to familiar and new Star Wars adventures packed with the charm and humor that LEGO games have become known for,” said Douglas Reilly, Director of Lucasfilm Franchise Management. “Players will take an entertaining trip through the Star Wars galaxy, interact with the all-star cast and discover new story elements tied to the film.”

“Star Wars has a special place within The LEGO Group, and we are delighted to continue the journey with the franchise that started it all for LEGO videogames,” said Niels Jørgensen, Vice President, Digital Games for The LEGO Group. “LEGO Star Wars: The Force Awakens will offer the definitive game of the blockbuster movie, with all the fun, humor and epic gameplay you would expect from a LEGO game, along with brand new stories that have never been seen before.”

LEGO Star Wars: The Force Awakens introduces various new gameplay features that push the series forward. Players can now engage in intense Blaster Battles, using objects and structures as cover while driving back the First Order. For the first time, Multi-Builds allow the same pile of LEGO bricks to be used for multiple purposes, such as building and re-building different objects to puzzle solve and advance the game is different ways. Lastly, players can experience the thrill of high-speed flight gameplay like never before, piloting iconic vehicles, including the legendary Millennium Falcon, through arena-based aerial battles and dogfights in space.

Announced today, LEGO Star Wars: The Force Awakens is now available on the App Store as a mobile game for iPhone, iPad and iPod touch. Perfect for fans on-the-go, the mobile version includes action-packed battles, exciting environments and key characters, with a campaign designed to best utilize the pick up and play style of mobile devices, enjoyed anytime, anywhere. The mobile game will be coming soon to Google Play for Android devices.

The LEGO Star Wars: The Force Awakens Digital Deluxe Edition is currently available, which includes the main game and Season Pass, for PlayStation 4 system and Xbox One at a suggested retail price of $69.99. The Season Pass grants players access to a variety of downloadable content (DLC), including three Level Packs with exciting new story-driven content not seen in the movie and five Character Packs featuring well-known Star Wars heroes and villains. The Season Pass is available for $9.99 on PlayStation 4 system, PlayStation 3 system, Xbox One, Xbox 360 and Steam (Windows PC). Players can also purchase each DLC Pack individually for $2.99 each. As an added bonus, Season Pass holders will gain exclusive access to The Jedi Character Pack, available today.

PlayStation 4 system and PlayStation 3 system players will also have access to exclusive DLC packs for a limited time, including the Droid Character Pack, featuring a variety of droids from previous Star Wars films, and The Phantom Limb Level Pack, exploring the origins of C-3PO’s mysterious red arm. Available as a FREE download via the PlayStation Store, the Droid Character Pack launches today; The Phantom Limb Level Pack will be available later this summer.