Russell Archey, Staff Writer, @NeoScyther
I'm still firing up Borderlands 2 now and then. I'm working towards 100 percent of the game's Steam achievements, which I'm doing in the most insane way I can think of: Take a Level 72 Siren (technically OP1) and running her through Normal Mode. Why would I plow through enemies 40 levels below me? Because some of the side missions needed for achievements are starting to get on my nerves in Ultimate Vault Hunter Mode. I just want to be done with them. Plus I find Sir Hammerlock's Big Game Hunt somewhat boring and just want that done as soon as possible. I'll also likely be playing some Mighty No. 9. I've seen it get somewhat slammed by critics, averaging a 50 on Metacritic. But I've also had a friend on Facebook say he enjoyed it. So, I'm going into this not as a disgruntled Kickstarter backer, not as a gaming critic, and not as a fan of Mega Man (which I am, for those who haven't figured it out by now), but I'm going to let the game stand or fall on its own.

Sean Colleli, Staff Writer, @scolleli
I just can't get enough of Kirby Planet Robobot. Other than that, I will be playing Steam Summer Sale: Struggle of the Will. We will see just how long my self-control holds out as those discounts continue to drop. Will my sense of ethics and propriety keep me from spending $5 on Payday 2? Will common sense win against nostalgia in the face of 50 percent off the Sonic the Hedgehog franchise? Have I wasted enough hours in various Harvest Moons over the years to avoid the temptation of Stardew Valley? Stay tuned!

Charles Husemann, Editor-in-Chief, @chusemann
With The Witcher 3: Blood and Wine expansion now complete (review next week), I'm hoping to dive into DOOM as it's on Steam sale. I loved the demo, and since I was able to track down an nVidia 1070, I can enjoy it with all of the bells and whistles turned on. I'm also going to be digesting the latest MechWarrior Online patch. The folks at Pirahna released a major update this week, tweaking the heights of all of the mechs, updating a few of the core maps, and changing how the mini-map works. The minimap change has already received a hotfix, as the original patch completely changed how it worked and the community largely revolted. Now that it has been fixed, I'm interested to see how the scaling changes impacted my warehouse of mechs, as most of my mechs are now a little smaller—which makes positioning the mechs a bit more interesting.

Randy Kalista, Staff Writer, @randykalista
Well if I could just stop replaying Skyrim for a minute, then I'd sit down with the wife and play Her Story, which I snagged in a recent Humble Bundle. My wife isn't a gamer, but picking through Her Story's police-questioning interviews on VHS clips doesn't exactly pigeonhole the game as an FPS or RPG or RTS or MMO or any other acronym that would frighten off my wife. I've heard the acting is stellar. I'll also chew through the new content in Fallout 4: Contraptions Workshop. I've looked through a list of all the settlement-building additions. It's insane. There's way more stuff than I'll ever wanto to build. But I'm glad it's here. And hey, it might be worth it to lock Preston into a stockade and pelt him with teddy bears forever.

Aidan Kelly, Staff Writer, akelly@gamingnexus.com
I need a break from strategy games. Hearts of Iron IV soaked up my playtime. I don't want to, but I must agree with Rob about Destiny. I rejoined my fellow Guardians just in time for the cancellation of Trials of Osiris and Iron Banner due to unwarranted shenanigans. It was nice to get back into the grove of upsets and disconnects too. Lies. The reconnect service is awesome, and checkpoints during Nightfalls? Thank you! The drop rate is pretty generous, too. I've also never completed the newest raid, so its off to r/Fireteams for some sherpas. To be fair, with a light level of 301, I would be nothing more than cannon fodder. Instead, I'm gonna get stuck in to some Prison of Elders and maybe hunt for some exotics. The Steam Summer Sale is live, too. We all know what that means. I need to address my ambitious wishlist.

Rob Larkin, Staff Writer, @Rob_GN
Last week, I picked the right time to leave Destiny, that's for sure. The worst Challenge of Elders run ever was coupled with some mysterious PvP shenanigans that has shut down both Trials of Osiris and Iron Banner. I started playing SOMA at night with the lights off—and that game is freaking creepy. There's something about the powerlessness of being in a scary situation and not having any sort of weapon that dials the fear up to 11. I've also started The Witcher 3. I'm just a few hours in but I think I'm going to start over on a harder difficulty and take that opportunity to reverse my decision to simulate a Witcher 2 save. I have about three more trophies to platinum on Super Stardust HD. If that happens, I'll probably pick up with Helldivers as my time waster when I only have a few minutes to play. And finally, if it's not too much on my plate, my life is missing multiplayer, so I think I'm going to put about 20 minutes a day into Assassin's Creed IV: Black Flag. Hoping the recent PSN sale will put a few new people in the playerbase. I'd like to finish that before moving on to AC Syndicate. 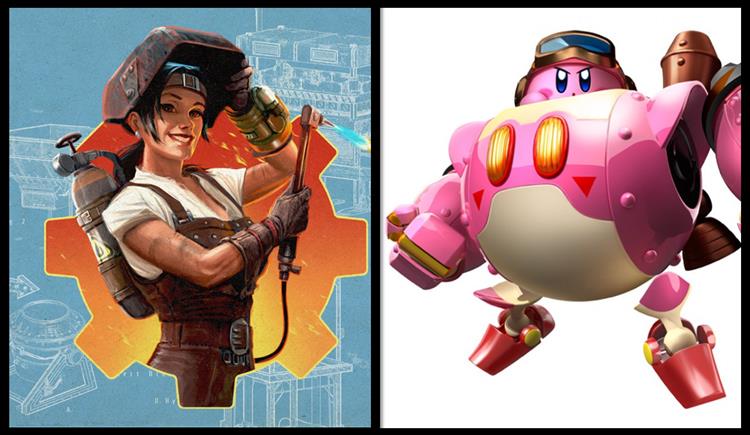