E3 2016: The first three superstars for WWE 2K17 have been revealed

It's that time again for WWE Games fans as the info regarding the latest release will start to trickle out over the months. 2K is at E3 this week and they have revealed the first three confirmed names for the WWE 2K17 roster via a painting that was done at the show by artist Rob Schamberger.

The first three names are Sasha Banks, John Cena and The Ultimate Warrior. Also confirmed were two versions of Bill Goldberg but only if you pre-order the game. 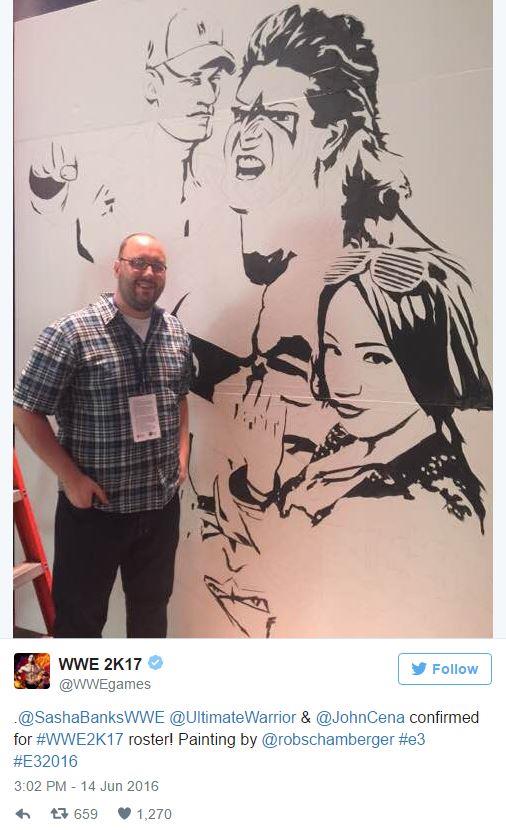