Blizzard PC games (Overwatch, World of Warcraft, Hearthstone, etc.) will start integrating Facebook logins. Game Director Jay Wilson leaves Blizzard after 10 years to return to his original passion, writing. And Horizon Zero Dawn is pushed from 2016 to February 2017; let's see if we have it within ourselves as human beings to refrain from sending death threats to the developer, shall we?

Charles Husemann, Editor-in-Chief, @chusemann
I'm going to continue the Blood and Wine expansion pack for The Witcher 3. I'm still impressed with how well the game is written and how amazing the characters are. Half the fun is just exploring the world and finding all kinds of little things tucked here and there. I'll also be stomping around in giant robots in MechWarrior Online. I've started to get more into the persistent world portion of the game where you have larger battles. I'm not particularly good at this but I am having a lot of fun learning how to be a better teammate.

Randy Kalista, Staff Writer, @randykalista
It's a destruction derby on Just Cause 3's Mech Land Assault DLC. I'm force-pushing jeeps off cliffs, I'm throwing cargo containers through guard towers, and generally acting like a mechanized wrecking ball across the Mediterranean landscape. And while I've got in 20+ hours of playtime in Fallout 4's Far Harbor, there's still a lot to do, naturally. My settlements grow slowly since I don't have a supply line to the mainland, but that just makes every nut, bolt, and roll of duct tape all the more important. Also, the rerelease of Far Harbor on PS4 cleaned up all the framerate issues stemming from the fog, so it's nicer to run through now. Ooh ooh, and this month's free PS Plus games came out on Tuesday. I'm ready for Gone Home, apparently a pinnacle walking simulator. And I don't play basketball games, but I've got to check out NBA 2K16's story mode—the Spike Lee Joint, I hear, is so bad it's good.

Aidan Kelly, Staff Writer, akelly@gamingnexus.com
With the 72nd anniversary of D-Day this past week, this weekend I'm hoping to pick up a copy of Hearts of Iron IV. Although I've had my fill of games set in WWII—I mean, haven't we all?—I'm really looking forward to playing HoI IV. Hallo Dunkelheit, mein alter Freund. Holding occupied Europe as the 3rd Reich could be a laugh...especially with the Americans and English on one side and the Russians on the other. Other than blundering around continental Europe, I plan on joining some friends for a Drunk Souls run. If only I could be so grossly incandescent. 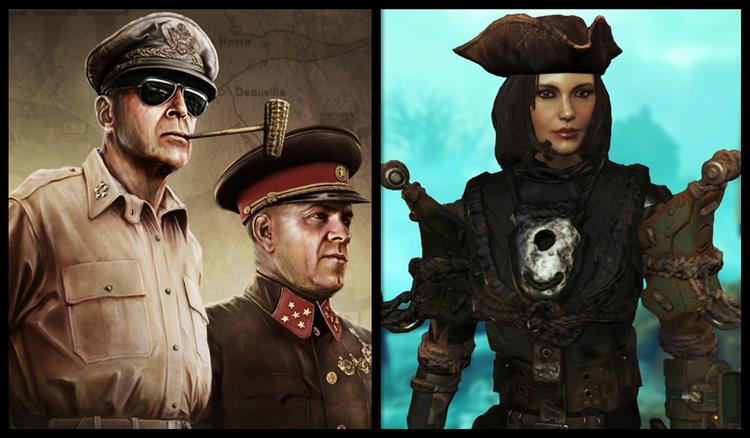