What We're Playing This Weekend: Blood and Wine Mech Assault

Sean Colleli, Staff Writer, @scolleli
Like Randy I'm bummed about the No Man's Sky delay, but not surprised in the least—I've been calling June 21 the "official delay date" since they announced it. But I guess it came early. After three years of teases, I think Hello Games has just about run out the general goodwill of their fanbase, and No Man's Sky runs the danger of becoming the next indie vaporware running joke, joining the likes of Star Citizen, Mighty No. 9, and Broken Age. The death threats, as always, are uncalled for. I really feel for Sean Murray. But childish death threats aside, you have to expect some honest backlash whenever you break a promise, especially when you've been talking up your product the way Hello Games has. As for what I'm playing, probably a whole lot of DOOM, and my review slate of 8-Bit Armies, OmniBus, and Kirby: Planet Robobot. Outside of "work" games, I'll do what I always do when a major release gets pushed back: retro party! I'm thinking of inviting my siblings and a few friends over for a Dreamcast party. That means lots of Gauntlet Legends, Crazy Taxi, Marvel vs. Capcom 2, and Power Stone. Nothing like remembering the good old days of reliable release schedules and just good, solid games when the current system lets you down.

Chapel Collins, Staff Writer, @ChapelCollins
I've been swept away by the Pokémon Sun and Moon hype, and it's left me picking at the remains of Omega Ruby, desperately trying to get my Pokémon fix for the next few months. Aside from that, I've also gotten sucked into Skyrim once again, even though the game is five years old and I swear I've done everything a dozen times at this point. Unfortunately all that is assuming I am not spending the whole weekend painting a recently vacated rental property, which is almost certainly what is going to happen. Maybe I can at least figure out which water type to use while I paint.

Charles Husemann, Editor-in-Chief, @chusemann
This weekend I will begin the long goodbye to Geralt of Rivia as I begin my playthrough of the Blood and Wine DLC for The Witcher 3. I've spent a few hundred hours with Geralt and it's going to be weird knowing that I'm going to have to wait for a brand new game to get some new adventures. The Witcher 3 is one of the best games to come out in the last few years. I'm hoping the final chunk of DLC ends on a high note. Outside of that, it will be grinding away some more on MechWarrior Online. The team at Pirahna keeps adding new mechs, maps, and tweaks the the gameplay that have really kept the game going.

Randy Kalista, Staff Writer, @randykalista
I'll just be over here, keeping my chin up re: the No Man's Sky delay. I'm not one to sulk over release dates. But until I actually get my hands on it, all I have is this prerelease metagame. The previews, the interviews, the TV spots—the promise, the potential, the impossible. And the embarrassment of Internet Outrage Culture. Until No Man's Sky is a real thing that's really in my PlayStation, however, then this is what No Man's Sky is. Otherwise, by the time you're reading this, I've pumped a lot of hours into Fallout 4's Far Harbor. I like its focused narrative. And while I'm spending far too much time hanging up bouys and placing fish racks around my New England red barn settlements, the mystery of Far Harbor is something of a page turner. Next up: Land Mech Assault, the “land” segment of the Air, Land, and Sea expansion pass for Just Cause 3. I can imagine that running around in a mechanized suit with the ability to rip buildings from their foundations will qualify as fun in Rico Rodriguez’s playland.

Aidan Kelly, Staff Writer, akelly@gamingnexus.comI've been playing Battlefleet Gothic: Armada recently, and this weekend I'm gonna grab a cheat engine for it. I enjoyed the campaign, but now I want to have fun without worrying about the safety of the galaxy. Infinite combustion gauge and ramming perks should create some maniacal giggles. Other than cleansing the universe in the name of the Emperor of Mankind, I'm hoping to squad up with my clan and do some damage in Battlefield 4. The free DLCs are awesome. Well-played, DICE.

Rob Larkin, Staff Writer, @Rob_GN
My weekend will be split between two games: yet more Destiny and Total War: Warhammer to finish that review. I've got a little home computer maintenance going on, as my 2 TB external hard drive I use for backups bit the dust. I went and got a new one, but I need to set that up as all of our data hangs solely onto our laptops with nothing in reserve. I'm pretty sure there's nothing on that dead external that isn't elsewhere, but I'd like to give it another go at trying to revive it just to have a peek, but I am not hopeful.

Matt Mirkovich, Staff Writer, @Stillmywords
I've got the physics puzzler/murder spree Shadwen to keep me busy this weekend, though I'm not enjoying the floaty controls and wonky AI. Overwatch's weekly brawl is a battle of the brothers, Genji and Hanzo. One round of that was hilarious. Don't know how much I'll get in over the rest of the week, since I'd rather get tank and support practice. Final Fantasy XIV is still there, and I'm keeping up with the Joneses by collecting lore tomestones every week. Hopefully I can find time to slink off to an arcade to get more time in with Tsum Tsum Arcade and Beatmania IIDX, the latter featuring a new unlock event, though Groove Coaster is competing for my attention.

John Yan, Senior Hardware Editor, @TheJohnYan
This weekend, I'm going to finish up MLB The Show 16. I've been having a lot of fun playing Road to the Show and working my way up to the big leagues. Of course, my weekend won't be complete without some VR game to play. I will continue exercising with the likes of Space Pirate Trainer and Holopoint. Finally, I'm going to work some of the small sidequests in Far Harbor. 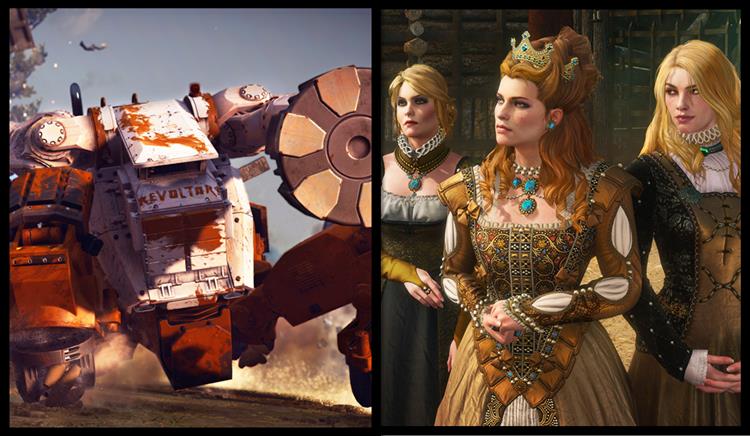