If Angry Birds seemed like a strange game-to-movie choice, wait until you get a load of the upcoming Fruit Ninja movie. With 2.7 million units sold in its first week alone, Uncharted 4 is the fastest-selling PS4 first-party title to date. And all of Google Play Services rolled out a beautiful redesign to its storefronts.

Russell Archey, Staff Writer, @NeoScyther
I'll likely spend a bit of time this weekend working on Borderlands 2. A short while back I finally got my main Siren up to Level 72, and since then I've cleared Digistruct Peak for the first time and unlocked Overpower Level 1, so I'll be working to upgrade my gear for another couple of runs through that. I'm also about to start a YouTube series for WWE 2K16's My Career mode and got my entrance and move set to about where I want it, so I'll be working my way through the ranks of NXT to capture the NXT Championship—though why the game paired me up with Baron Corbin is beyond me.

Chapel Collins, Staff Writer, @ChapelCollins
I just bought a huge 50-inch TVv from my neighbor, so this weekend I'm probably going to be playing nearly every game I have ever liked, just to see it on the bigger screen. Amongst those games is Rise of the Tomb Raider, which Amazon just delivered this week. I've heard great things about it and really liked the previous entry. I'm looking forward to getting into it.

Randy Kalista, Staff Writer, @randykalista
It's not lost on my that this week's release of Overwatch is Blizzard's first new IP since, what, 1998's Starcraft? Everything since then has been a sequel or spinoff. So Overwatch is a big deal. And as good as Blizzard is at stepping into pre-existing genres and polishing them up to a mirror shine, a Team Fortress 2-alike isn't going to get me, personally, to pull the trigger on a purchase. This weekend is all Fallout 4, all Far Harbor DLC. Sometimes, when I'm running around the more rural parts of the Boston Commonwealth, I pretend I'm in The Elder Scrolls VI. Which doesn't exist yet, but it's still a thought that makes me happy. So, I'm off to Far Harbor with my increasingly glitchy game of Fallout 4. Dogmeat's armor doesn't visibly show up when I equip him with it, and the stats for all dog armor are zeroed out in my game now anyway. I tend to ignore framerate drops, but they've been notably bad and sustained on PS4 since I downloaded Far Harbor. And I shut off Survival Mode because I got tired of keeping all those plates spinning. Still love the game, though, don't get me wrong. But it's such an enormous game that there's no reason for me to keep doing All The Things if it's perfectly acceptable to set those things aside and play the game to my liking.

Rob Larkin, Staff Writer, @Rob_GN
It's a bank holiday weekend here in England—woohoo three days! Unfortunately my wife is deciding to jam pack in some day trips. I'll be spending at least one of those days in Cambridge checking out the town and university and talking as much trash about their recent humiliations in the varsity match as possible (Oxford has won six years running now, including the single most lopsided victory in the 140+ year history). We were thinking of checking out Hastings and its history on one of the other days, although that's not yet set in stone. Hopefully, there will be lots of gaming on that third day. I'll be playing more Destiny, I'm sure. And certainly be working on Total War: Warhammer for my upcoming review. I doubt I'll expand much past those two. 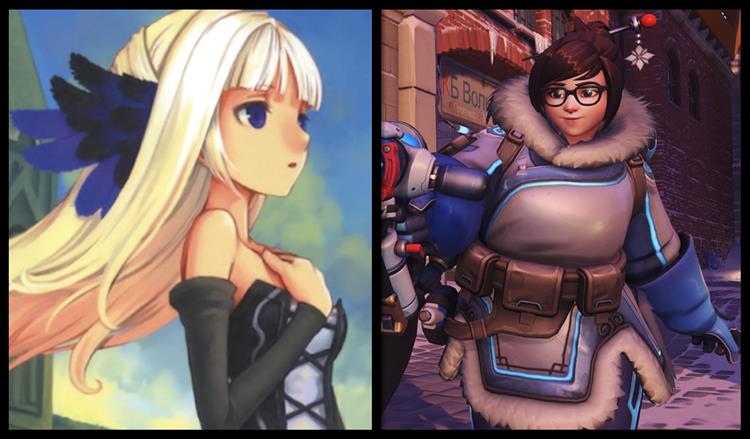