The Dark Souls board game asked for $72,000 to get kickstarted—it got $5.4 million. As we hit the one-year anniversary of The Witcher 3: Wild Hunt, everything Witcher is on sale at GOG.com. And 65% of everyone's view time on Twitch is split between only four games: League of Legends, Counter-Strike: Global Offensive, Dota 2, and Hearthstone.

Russell Archey, Staff Writer, @NeoScyther
I've been bitten by the Borderlands 2 bug again. I finally hit level 72 and am now prepping for a run through Digistruct Peak. Beyond that, I finally found a copy of Mega Man X7 for the PS2, so I plan to completely lose what's left of my sanity this weekend.

Sean Colleli, Staff Writer, @scolleli
I'm driving my girlfriend home to visit her relatives this weekend, so I won't have much game time. That said, I'll probably restart DOOM's campaign on Ultra-Violence after being thoroughly underwhelmed by its multiplayer and Snapmap. DOOM is a game at war with itself—the best FPS campaign I've played in years but a deathmatch mode that seems to have no idea what it wants to be. I guess that's what happens when you contract out the multiplayer portion of your game. Snapmap is a cool idea but for all it can do it is severely limited. My full review went up today.

Jeremy Duff, Senior Staff Writer, @Duff3c
Now that Uncharted 4 is in the bag, I feel like I have closed a chapter of my life and am ready to move onto to something else. I think that it is time to dig into the ever-growing stockpile of unplayed games sitting on my shelf next to my PS4. DOOM is the likely candidate for being selected first as I could use some old-school FPS action to cleanse my gaming palate. Of course, the hope is to knock it out this weekend so I can be ready for Platinum Games’ TMNT: Mutants in Manahattan.

Randy Kalista, Staff Writer, @randykalista
The Banner Saga 2 has given me turn-based-strategy-combat fatigue, in a good way. It's the exodus of an exhausted, displaced caravan of people on the run from something like The Nothing. So, fatigue is kind of the point. Then it's full court press into the Fallout 4: Far Harbor DLC. I've started in on the review by the time you're reading this. Word from beta testers is that there's some 20 hours of primary and secondary quests, not to mention a bunch of hidden-away locations to uncover. So if the average gamer can nail this one down in 20 hours, my personal playstyle will probably equate that to 40 hours—especially since I'm still rolling with the new Survival Mode engaged.

Dan Keener, Senior A/V Writer, @zoboa
This weekend I will be playing catch up on some older games that I never finished. Will also be getting in some time on Rock Band 4, Skyrim, and Diablo III, along with wrapping the review time with a couple of A/V items.

Rob Larkin, Staff Writer, @Rob_GN
As for my weekend: I'm hoping to get a raid or two in on Destiny. I am approaching the time when I'll finally clear my schedule enough to go all in on The Witcher 3, but I don't think that's this weekend. Probably hold off until June for that. But I would like to start something new, maybe I'll take a peek at the PS Plus freebies from the last few months and find a gem in there. I've only just scratched the surface on Helldivers.

John Yan, Senior Hardware Editor, @TheJohnYan
I'll be walking around the new landmass in Fallout 4: Far Harbor. Pretty excited about that one. I'll also don my HTC Vive for my usual runs in Space Pirate Trainer and Audioshield. I did see some racing games receive preliminary Vive support, so I'll pull out my racing wheel and try out Project CARS as well. Finally, Diablo III, Monk. 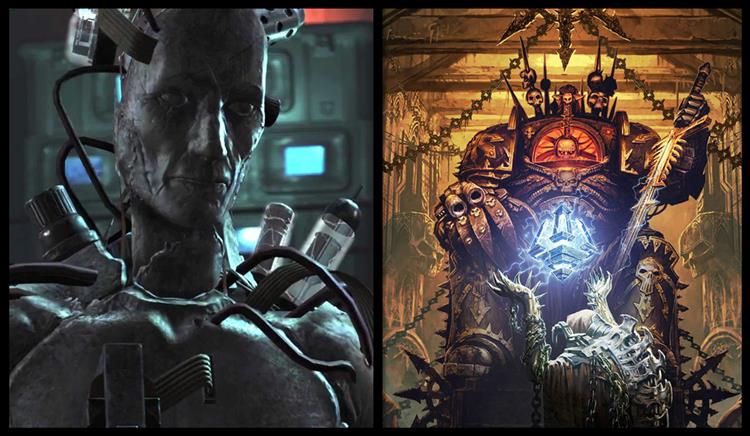