I’ve been an avid fan of the Doom series since about as long as I’ve been gaming, so I was particularly excited for id’s modern reboot of the father of first person shooters. It’s been a very long 12 years since Doom 3, a game I thoroughly enjoyed back in 2004 and again in 2012, but with this new Doom id has taken the series away from the more methodical survival horror focus of Doom 3 and back toward the frenetic action and raw challenge of the original game. In the process they’ve mixed in some modern conventions but longtime fans don't need to worry that Doom has been turned into Call of Duty. In the 14 or so hours I’ve logged playing this weekend I’ve found that id has struck a perfect balance of old and new ideas, in the story campaign at least.

In many ways Doom reminds me of the “modern” old-school shooters that have been getting revived over the past few years. It shares a lot in common with Serious Sam, Painkiller, Hard Reset and the Shadow Warrior reboot, especially those latter two. id must have either stolen some developers from Flying Wild Hog or at least paid really close attention to their game design because Doom’s gameplay flow is remarkably similar to Shadow Warrior, minus the katana of course. This means you’ll be moving from one giant killbox arena to the next, engaging in elaborate gun and melee battles with dozens of enemies at once.

Like its modern-retro brethren Doom feels refreshingly fast and punchy and the gameplay is constantly reinforcing speed; standing still is likely to get you killed. There’s a fairly brisk escalation in weaponry and you can get some guns early on if you hunt for secrets, so you’re encouraged to experiment with various combinations of guns from the get-go. One of the modern touches is a fairly deep upgrade tree for both your armor and weapons, which might seem tedious but actually just encourages you to experiment even more. There’s a stout difficulty curve as the game throws nastier demons at you and in greater quantities, so it’s a literal arms race as you kit out your guns and develop new strategies.

When you’re not fighting for your life there is plenty of incentive to search the maps for secrets. I’m not sure how id did it again but Doom’s level design is just as labyrinthine and brilliant as the original game from the early 90s. It’s difficult to get lost as there are objective markers, but the maps are anything but linear and some hunting off the beaten path will always yield handsome rewards. I was able to acquire a plasma rifle in the second level this way, and the hidden buffs for health, armor and especially ammo capacity come in really handy when the game gets harder.

This is a classic-style shooter so there is no regenerating health (thank God), but the game has a clever way of keeping you in the fight even when you are injured. If you deal enough damage to an enemy they will flash orange and blue, and when you’re in range you can perform a melee “glory kill.” As you tear the hapless demon asunder they will drop small amounts of health and ammo, and you’ll also be invulnerable for a brief second. This encourages dynamic play and forward momentum, so instead of retreating to grab a medpack you’re wading headfirst into battle and rewarded for your bloodlust. These takedowns are gloriously messy and I have no doubt they are lifted wholesale from the superb Brutal Doom mod, but at least id has been paying attention and aren’t too proud to emulate a good thing.

There is so much involved in what could have been a pretty generic campaign experience. I haven’t even gotten into the persistent level challenges, demon runes and the ins-and-outs of the robust arsenal but suffice to say id has killed it with Doom’s story mode. I have yet to see if the multiplayer holds up as well; I was a bit underwhelmed with the beta. That said I’ll be diving into some deathmatch and exploring the limits of the SnapMap level editor, so stay tuned for my full review. If I had to put a score on it right now, however, I’d say Doom is worth the price of admission for the campaign alone. It is that addictive and well done. 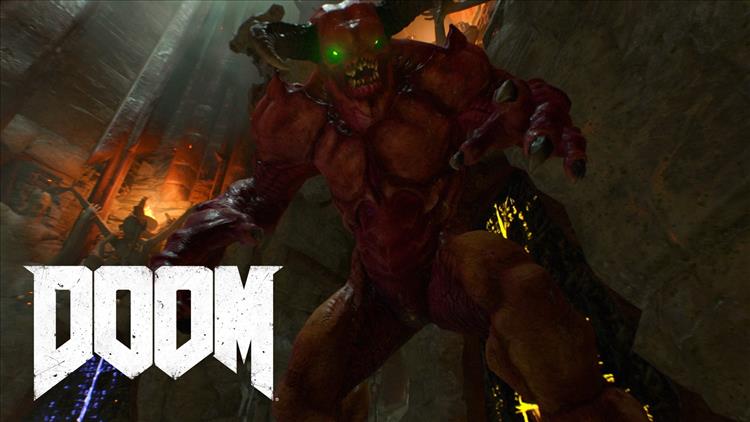