This week has a pretty eventful Nintendo Download. Disney may have cancelled the Infinity series but Disney Art Academy is still making its way to the 3DS. Super Meat Boy finally shows up on Wii U after what seems like an eternity, and I have to wonder after all these years if anyone still wants to play the ultra-hard platformer on the console.

The Wii U is also getting The Legend of Zelda: Phantom Hourglass for the Virtual Console. This was the first Zelda game on the DS and while it definitely sold well, it received a mixed response from longtime players of the series. Between the clunky stylus-only controls that caused wrist cramps and the tediously repetitive central dungeon that forced players to repeat puzzles every time they visited it, Phantom Hourglass has as many fans as it does detractors.

I don't think the shift to Virtual Console will do it any favors either. Personally I feel the DS Virtual Console on Wii U is a huge missed opportunity. Nintendo could have polished up a lot of these flawed classics with more comfortable control schemes and high-res graphics, but instead they are dumped almost as-is with the same awkward stylus controls and pixelated resolutions.

Enough of my bellyaching about that. Minecraft Wii U Edition is getting a free update that includes a colorful medley of Mario-themed skins, music and item textures, along with a pre-made sample Mario world. That might be worth the price of admission alone for some fans.

Check out the details on all this and more after the jump. 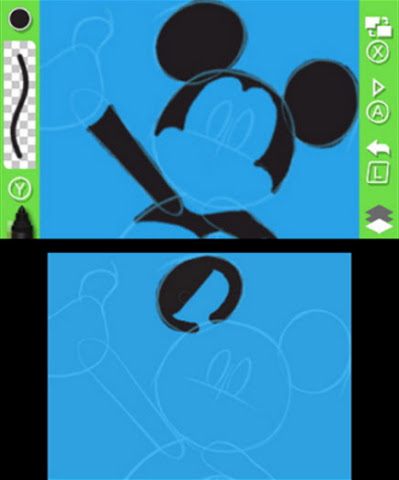 In the Disney Art Academy game, discover your inner artist to capture the stunning visuals of more than 80 Disney and Pixar characters. (Graphic: Business Wire)

In addition to video games available at retail stores, Nintendo also offers a variety of content that people can download directly to their systems. Nintendo adds new games weekly to Nintendo eShop on the Wii U console and the Nintendo 3DS family of systems, the Nintendo DSi™ Shop for the Nintendo DSi system and the Wii™ Shop Channel for the Wii console.